O’ Canada on the Big Stage

When was the last time you went on the ice to sing “O’ Canada” before a hockey game? For me… NEVER.

Well, Nate and his Kindergarten classmates did just that last Friday night at the Guelph Storm game. Funny thing was they were playing the Kitchener Rangers. So cheering was a little difficult…

They had been practicing at school for a number of weeks, and he would come home singing the anthem. Each time finishing with a bigger and bigger flourish.

With exciting at an all-time high, we set out after school for the Sleeman Centre in Guelph. After a quick Subway dinner and an M&M cookie for dessert, he was ready to go. For us parents, this was all a little very overwhelming. But for Nate and his friends, it seemed like it was just another day. Zero nerves.

With the kids waiting at ice level, and the parents ready to watch their little ones proudly sing our national anthem. The players hit the ice through music and smoke. Then Nate and his friends squeezed onto the red carpets and this is what happened.

It didn’t come through in the video, but you could faintly hear the crowd singing along the last few lines. It was certainly a pretty cool moment for the kids. And I’m not even sure they even understand it yet.

After the singing was done there was a game to watch. Lucky for us all there were a number of goals, and most of them happened at the end we were sitting at. Nate actually surprised us both and was quite interested in most of the game. But maybe it’s because his friends were there.

What was even better is Nate and a few others in our section were the lucky winners of a random Mr. Lube foam finger. Maybe that had a reason for him wanting to stay longer… Certainly a great night. 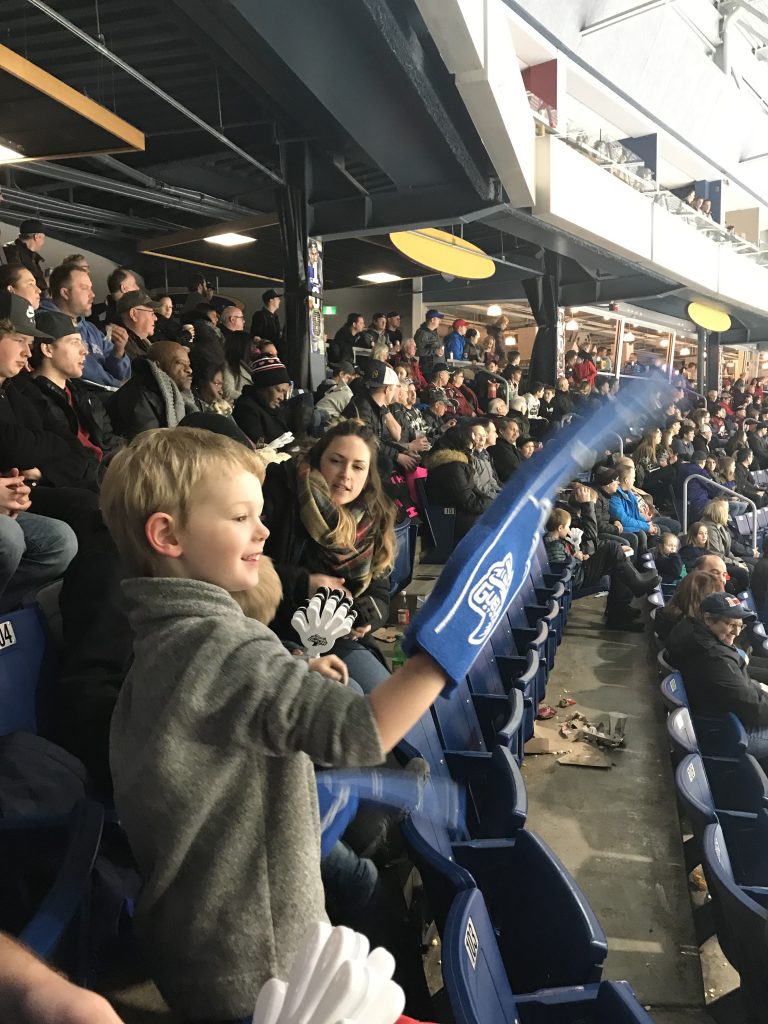