Christmas 2015 will sure be one to remember!

We did not get out to the busy malls this year to visit with Santa, instead we took advantage when he visited the kids during the daycare Christmas concert.

Nate was still a little shy with Santa, but when Santa had a present for him he was suddenly fearless. At that moment, even more so than his second birthday, I knew he was going to enjoy opening his gifts this year.

His concert was a great little show but he wasn’t interested in the whole performance. I thought maybe this year the boys would support the single girl in the class, however that was not the case again this year… 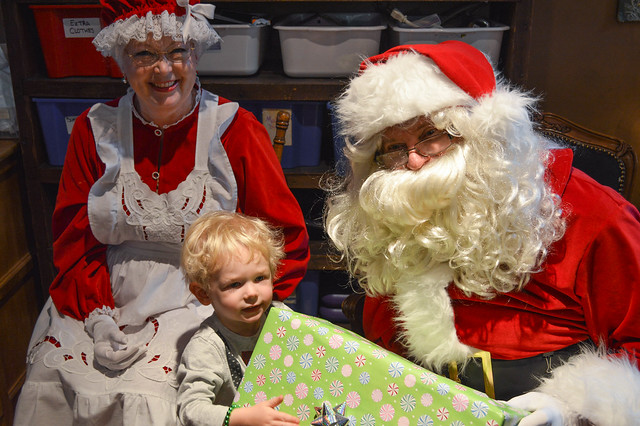 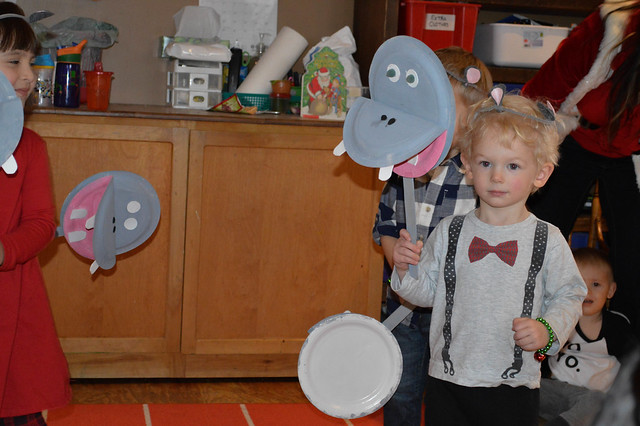 With Christmas comes Christmas baking and Nate was eager to get his hands involved and help out his Mom. Helpful or not he would move his stool over to the counter, hop up and ask if he could help cook. After all his hard work he got to enjoy some pulla for the first time… of course he loved it! 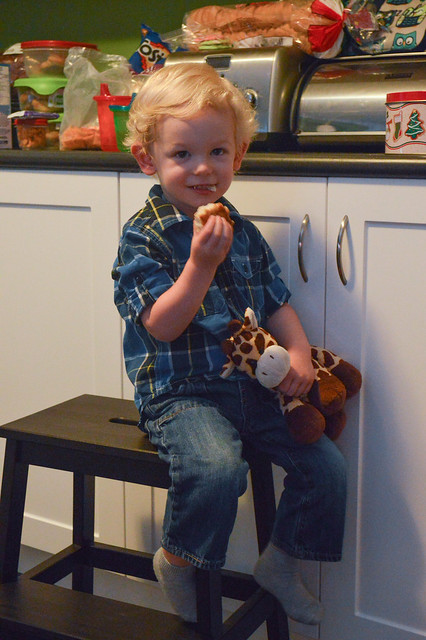 Christmas Eve took us to Nate’s Grandma’s and Grandpa’s (Meg’s Mom and Step Dad), where Nate got involved in an intense snow ball fight with this Aunt and Uncle. And after a delicious meal it was time for some gifts. Nate as per usual was a spoiled little boy, but he loved every minute. 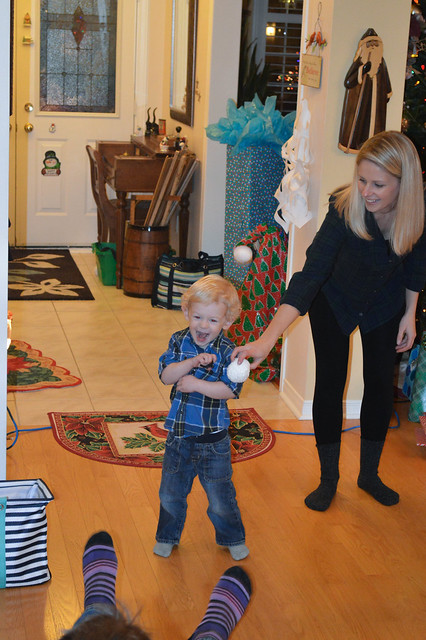 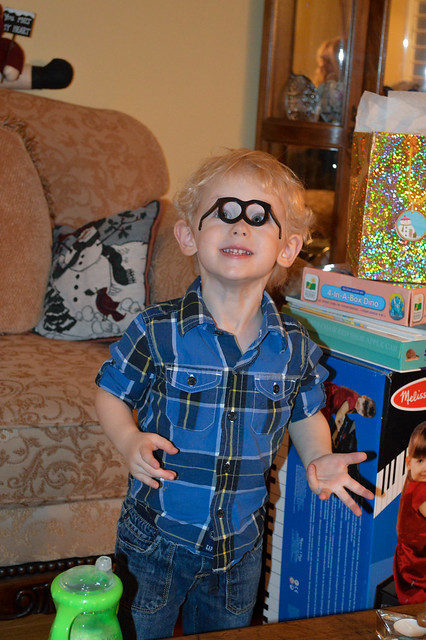 Nate even surprised Meg and I with a special gift that he worked on with “Titi” (Auntie Mel) and “On On” (Uncle John). A snowman family that he helped paint. 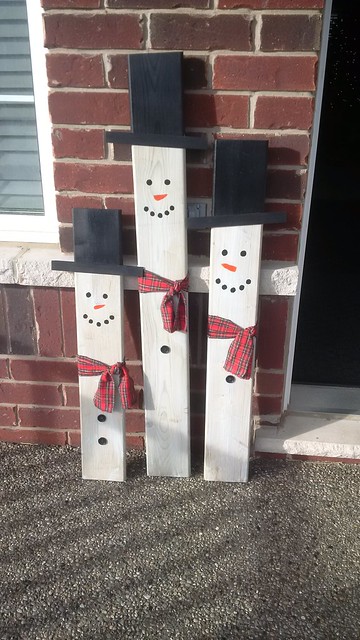 This year there was a definite theme of music in his gifts. He had received a “baby” baby grand piano, mini drum set, and little guitar (aka ukulele). I guess only time will tell if music becomes a part of his life, as he grows older. 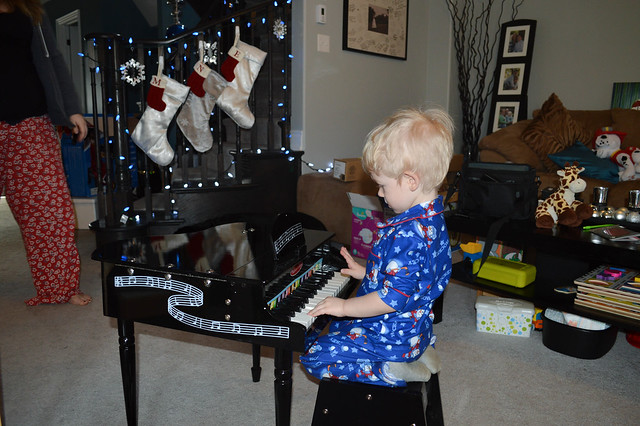 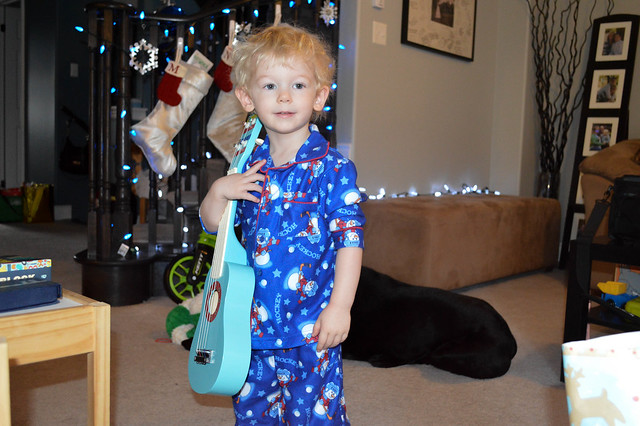 On Christmas morning we had to wake Nate up around 8:20… I fear that might end next year. When we got downstairs we thought maybe he would run right for the tree, but instead he went right for Mr. Potato head that he got the night before. I guess the toys you know are better than the toys you don’t.

He finally came around to opening his gifts. He would tear through the paper and get to the toy and immediately ask us to “Op” (See word list) the gift. 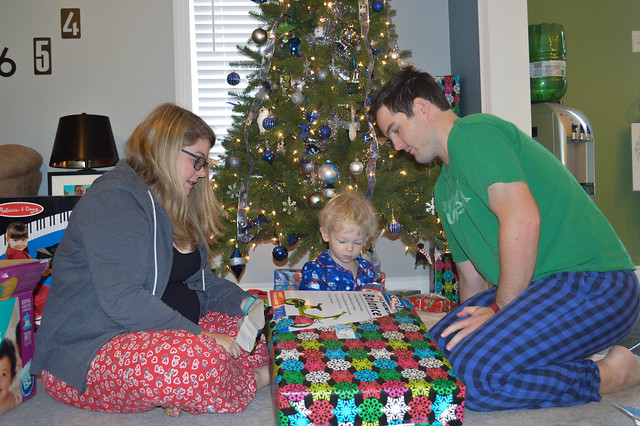 The process was taking a little longer than expected (not because he had too many to open) so we had to take a little break for our (now) traditional french toast and breakfast sausage breakfast.

With tummy full of food, Nate was able to help Mommy and Daddy finish off opening our gifts and stockings.

For Christmas dinner we headed over to Grandma’s (my Mom) where he enjoyed all the broccoli that he could eat.

After dinner he got a couple more gifts that included a little outfit with a Toronto Maple Leafs sweater, Grandma says it’s in honour of Grandpa (thanks Dad…).

I know that each year Christmas is going to get more and more fun as he gets older but this year sure was a lot of fun. 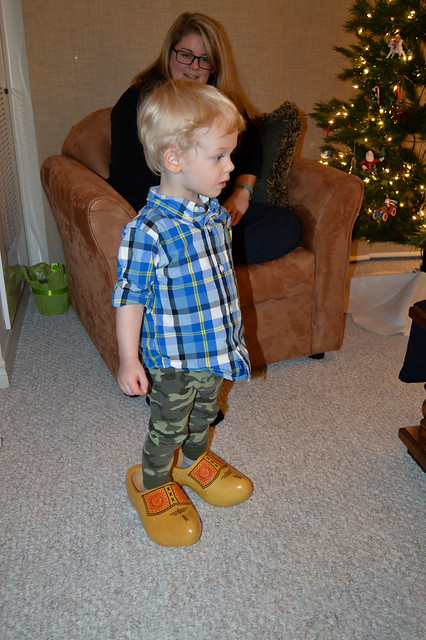 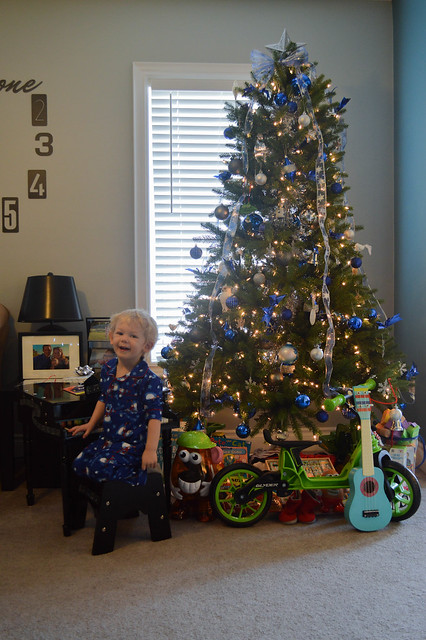