Last year when Nate visited Santa he didn’t seem to impressed, but he really didn’t know what was going on. Now that he is almost 17 months old he understands a lot more, and he still was not impressed by santa.

We actually thought I might go well because Nate was in such a good mood considering we had to wait nearly 50 minutes with all the other children that were waiting to see the jolly man.

It took a little while but he finally settled down a little, gave Santa a high 5, but still could not get his trademarked concerned look off his face. I swear this kid is going to have a very pronounced brow line when he grows up. 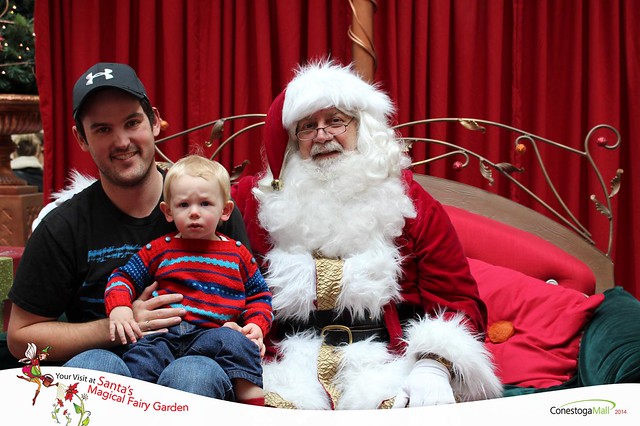