Nate has now been in “big kid” school for just over two months, and so far he has loved every minute of it. Well, maybe not every minute…

He’s already been experiencing so many new things.

I think one of the biggest changes that we have seen from him is his writing and drawing ability. He’s already writing his name and is drawing well-defined shapes and people. They keep a little writing and drawing journal at school, and with each drawing accompanies a short description. The first one he drew was a red flower with the summary: “It’s a flower for my Mommy”. He’s gotten quite good at writing ‘Nathan’, ‘Mom’ and ‘No’… still working on ‘Dad’ – but it’s close! 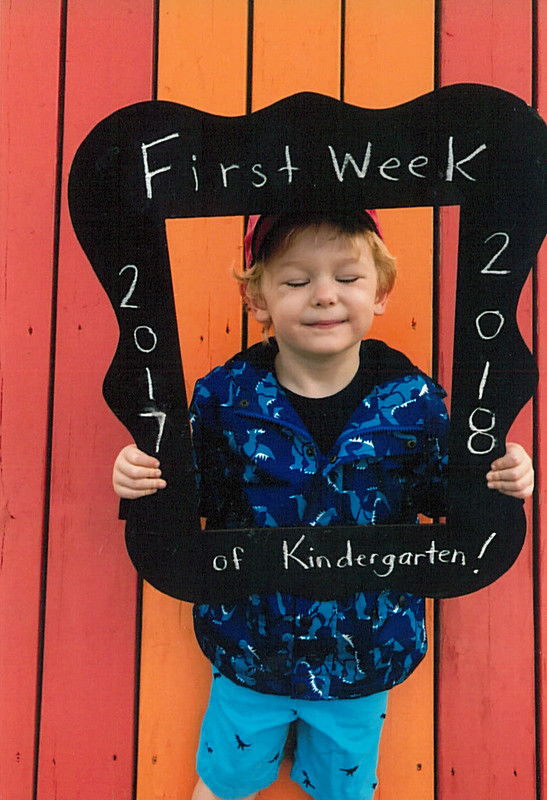 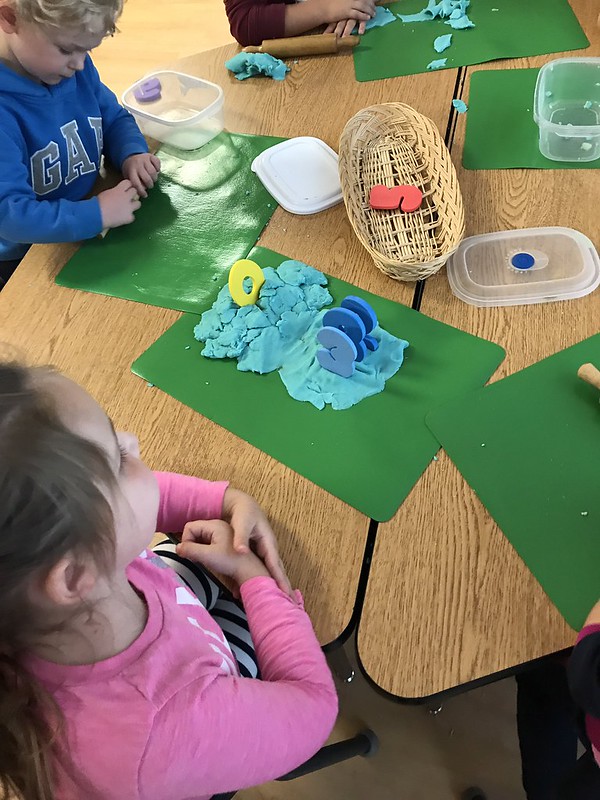 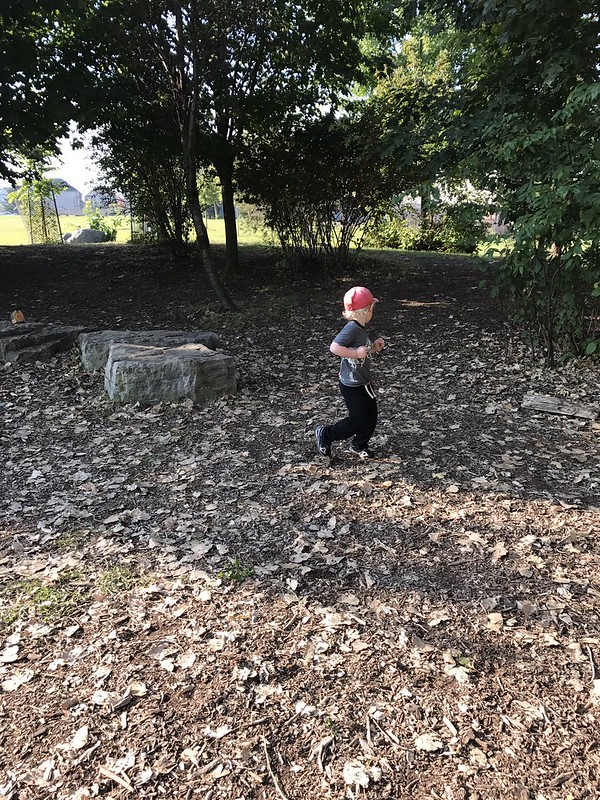 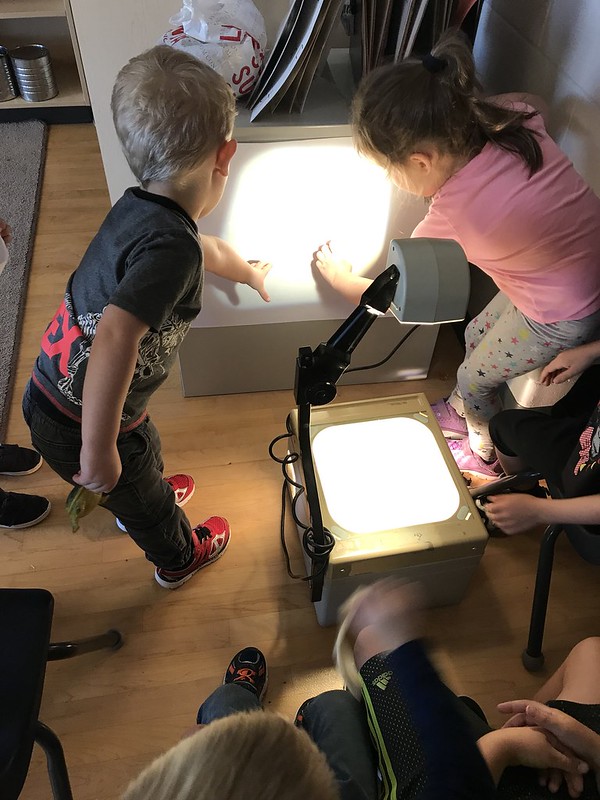 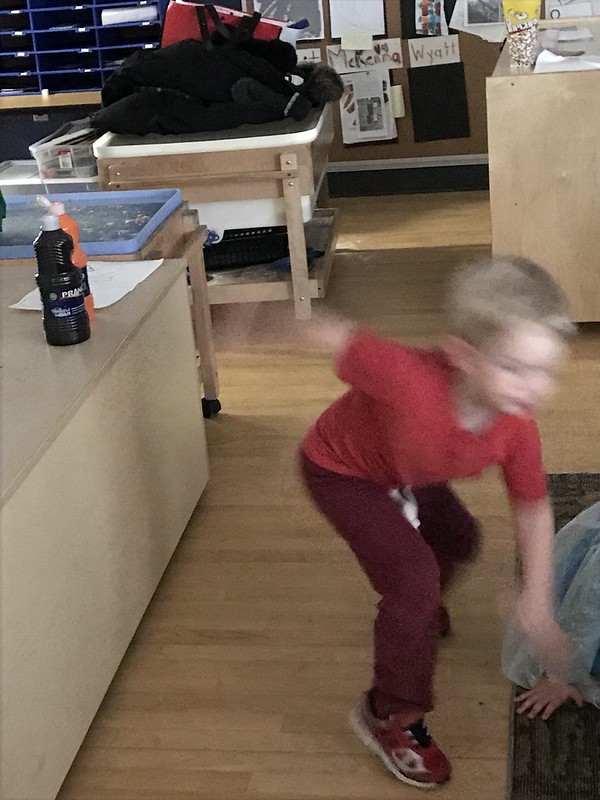 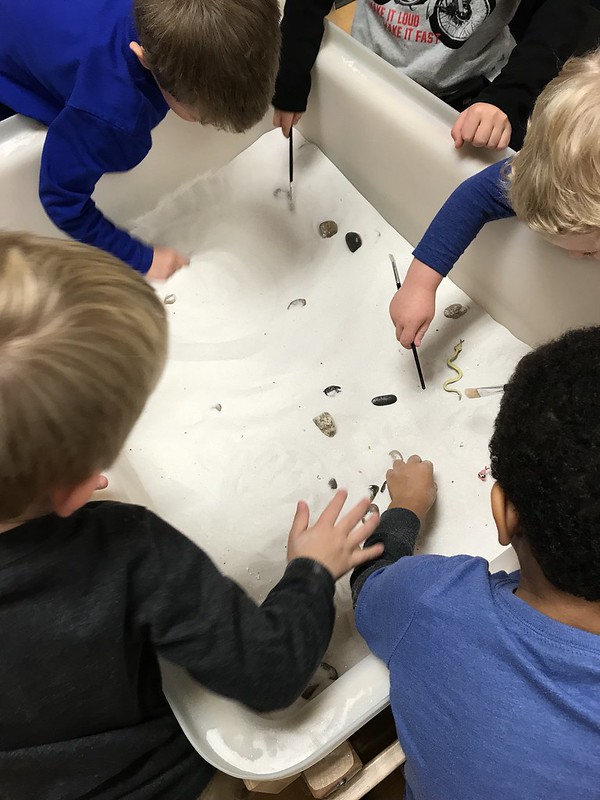 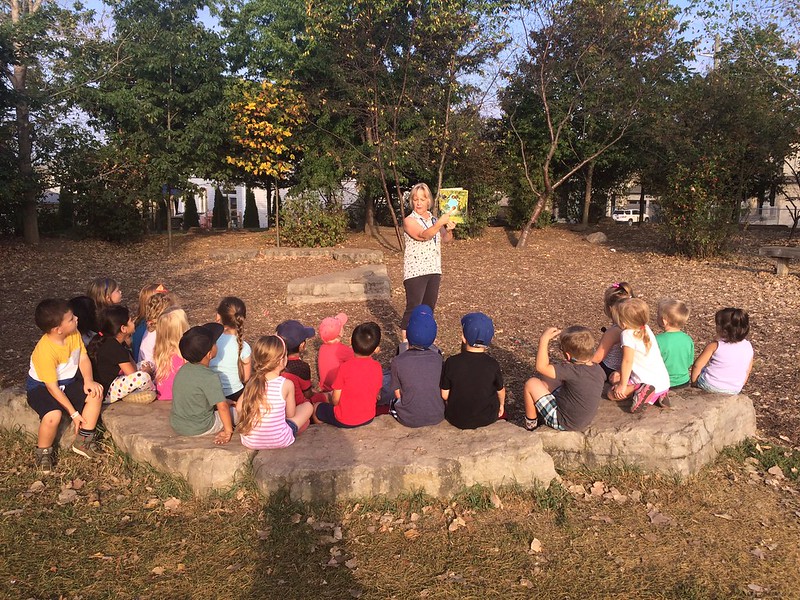 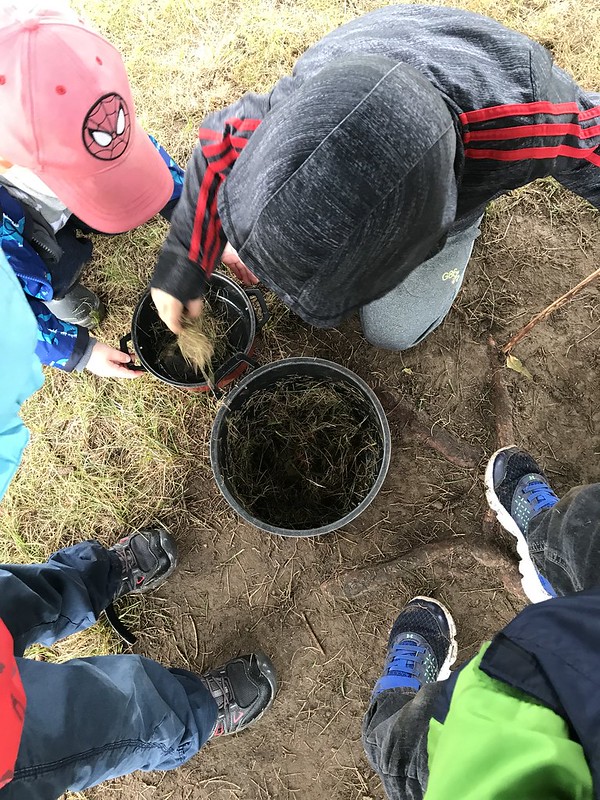 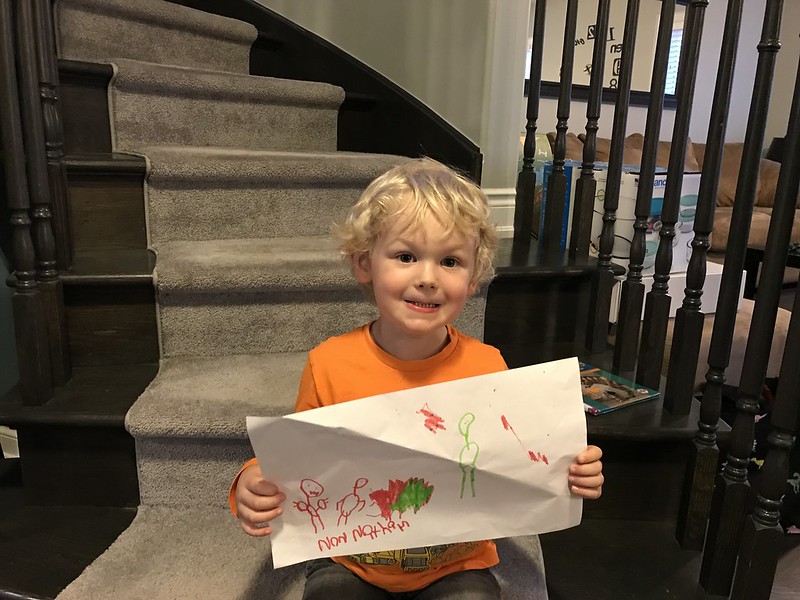 One of the best stories that made its’ way back to us was from a game of freeze tag – (you remember the game, where you are frozen when you are tagged and can’t move until you are unfrozen). Well after playing a round of freeze tag outside with some classmates, they were called in but Nate stayed hidden behind a grouping of trees. The teachers called again, but still, he wouldn’t move with a sad look starting to develop on his little face. Finally, the teacher ventured out to ask him what was wrong, to which he responded “I’m still frozen! I can’t!” While trying to hide a giggle, the teacher asked for one of the classmates to come and unfreeze Nate.

He also had his first ever class photos. He’s working on that smile, but I think he just knows that he always so damn cute regardless. 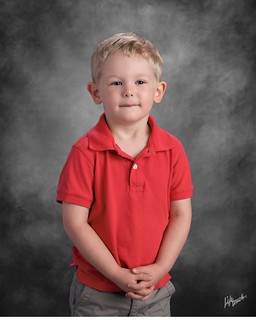 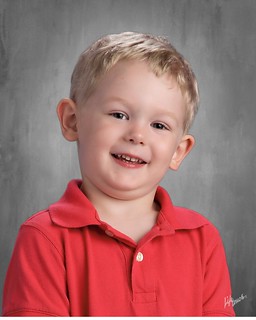 Late in October, his class, along with 2 other kindergarten classes when to Shantz Family Farm for a field trip. On the trip, Nate rode on a yellow school bus for the first time. The class got there and met the parent volunteers, which Meg was able to attend. They saw farm animals, went on a hayride and finally picked a pumpkin (or a squash in Nate’s case) to take home.

We received his first ‘Observation Report’ – which was as I’m sure most are – glowing report of his progress so far at school. We were able to attend a parent-teacher interview as well, where we heard lovely comments about his growth and observations in class – apparently, we have a pattern-detecting savant on our hands! Still working on some inter-personal things like not always getting our way, sharing and ‘personal space’ – but that’s what kindergarten is for!

Time keeps ticking away – seems even faster now that he’s in school. But hearing his vocabulary develop and see the new skills he brings home daily is one of the most exciting stages of our parenting journey so far.