It began yesterday with a half an hour session with 3 other kids and his teacher and ECE. We perused the classroom, where he was drawn to the kitchen to make some crunchy coffee and eggs. He definitely was the most talkative of the crew, even introducing himself as “…Nathan, the CRAZY kid!” without any prompting from Daddy or me.

He played with some play dough, and cornered the most timid boy of the bunch, not realizing the poor kid was about the be in tears, as he explained how large his brain was in comparison to others. After a quick mommy-intervention, he looked around the classroom where he found his name on the wall (the only kid with an ‘N’ name in his class), as well as the matching ‘Nest’.

He befriended a boy named Ethan over play-making-macaroni in the kitchen, and all he could do was talk about that evening. He even wanted to write Ethan a note to tell him how much he “liked his attitude” and ask what his favourite dinosaur was.

He woke up this morning and needed little prodding once I told him he was going back to big kid school today. He came downstairs and wanted to put his shoes on, only to be told he had to eat breakfast first. “How many minutes until I get to go to big kid school?!”

We walked to school early, making sure there was no rush to drop off, and he was a little overwhelmed with all the SK’s and other JK’s lining up. Once the parents were told to step away, he was a champ and stood in line, complaining about how long it was taking to get inside. Of course, while quietly wiping smiling-tears watching my big boy, Nate panicked as the teachers lead the class lines inside. I quickly swooped in, and we caught up to the end of his class line, just before the doors.

As we walked away, around the corner, Erik smiled at me “You did it! No tears!” Which then triggered a full out ugly-cry for a good 20 ft or so before I pulled it together.

I’m so proud of my little munchkin, how independent he’s become, and how much he’s grown over the past 4 years. I can only imagine the changes will now be exponential with the influence of friends and teachers, kicking off this new chapter. Don’t worry, I’ve got my kleenex ready. 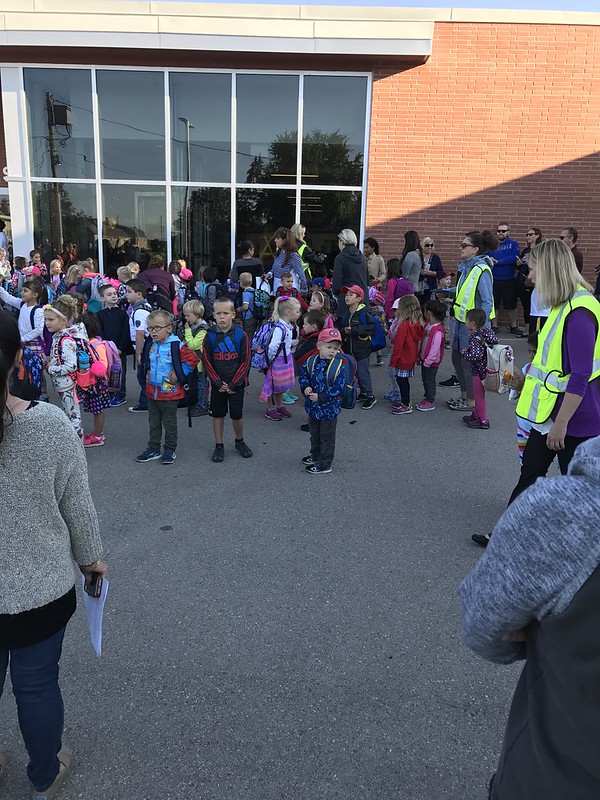 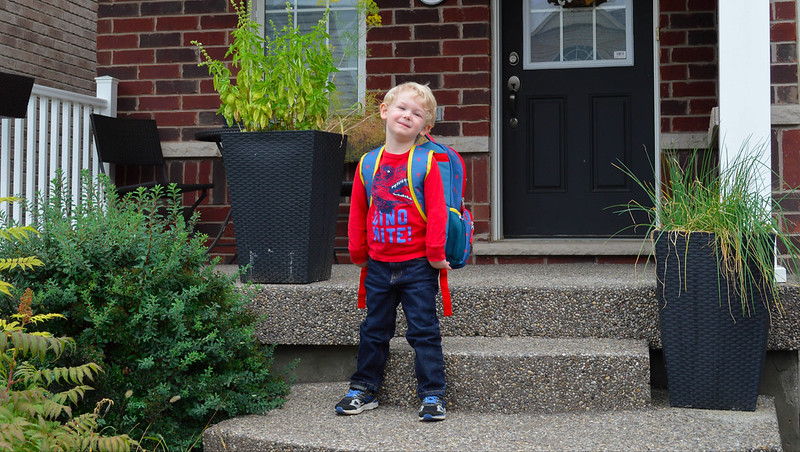 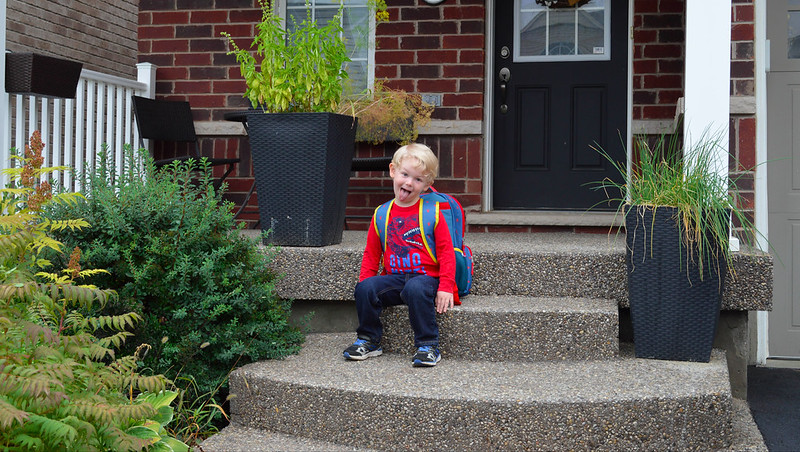 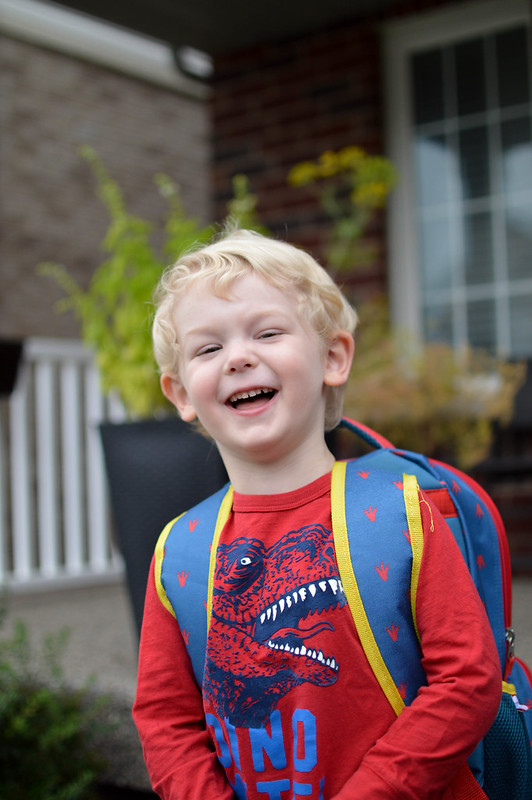 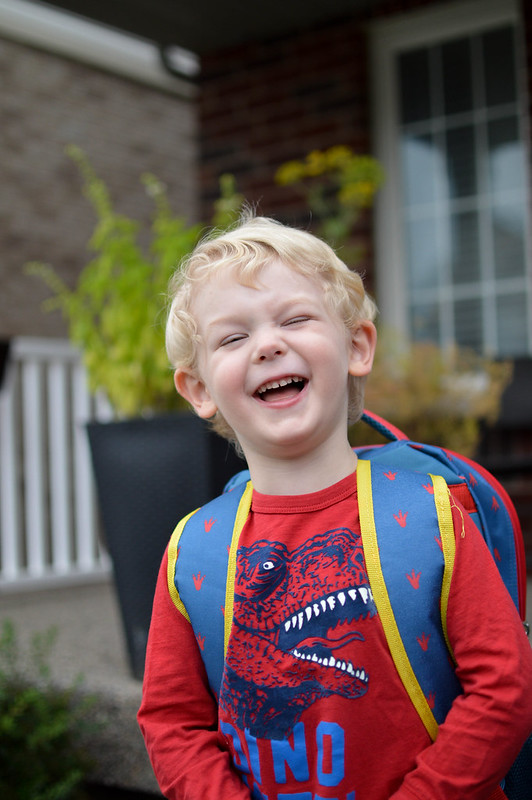 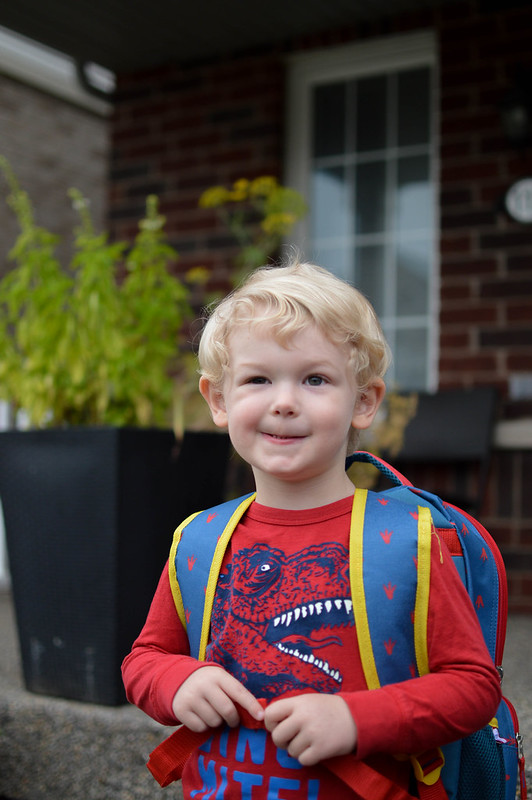 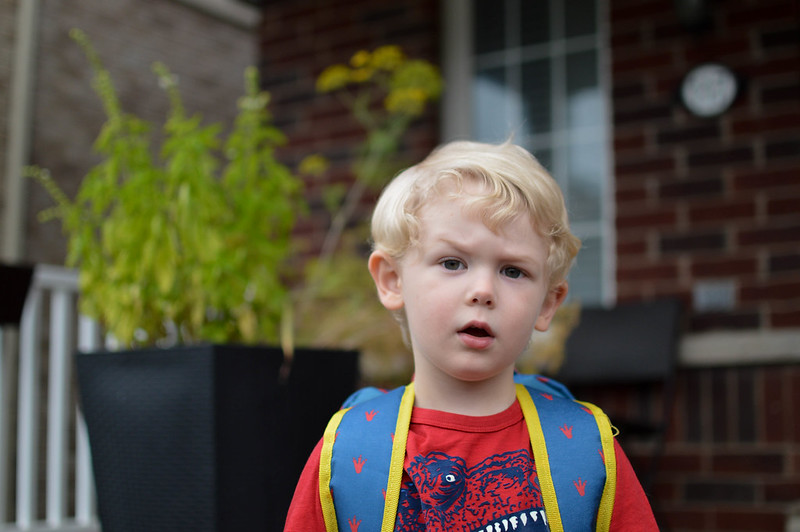 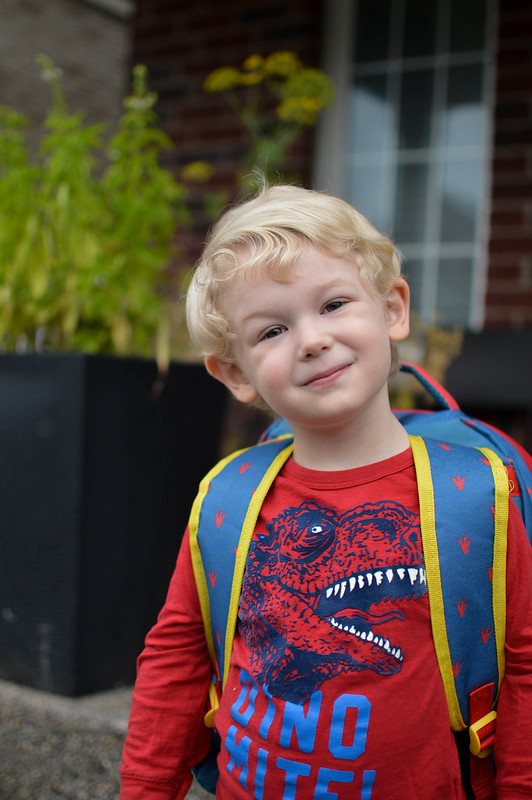 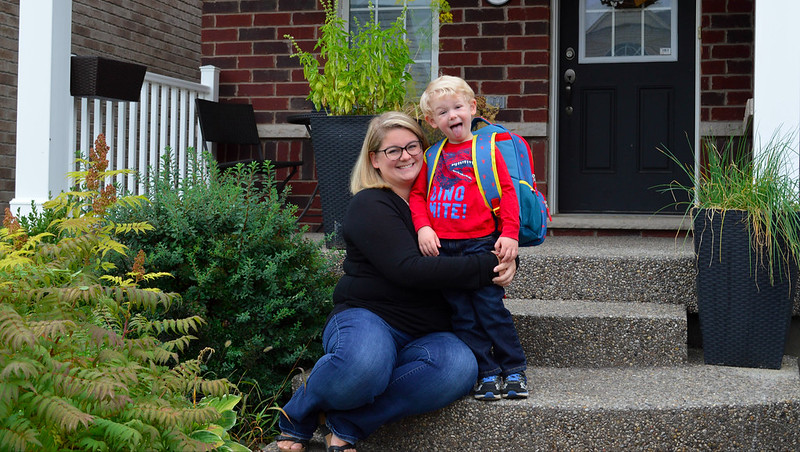 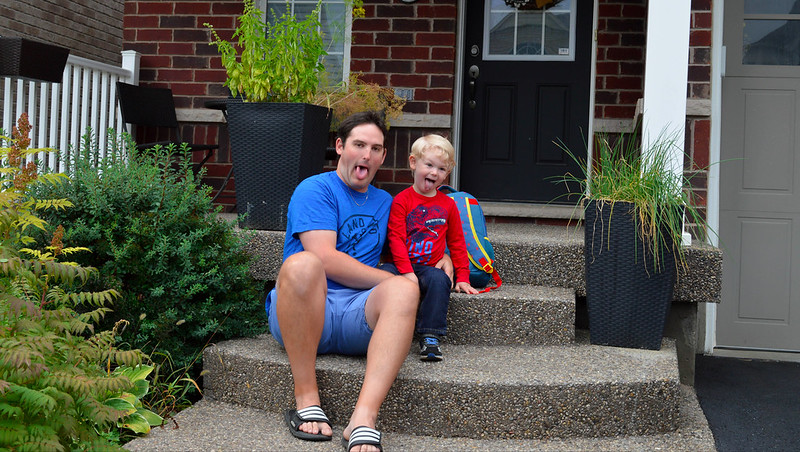 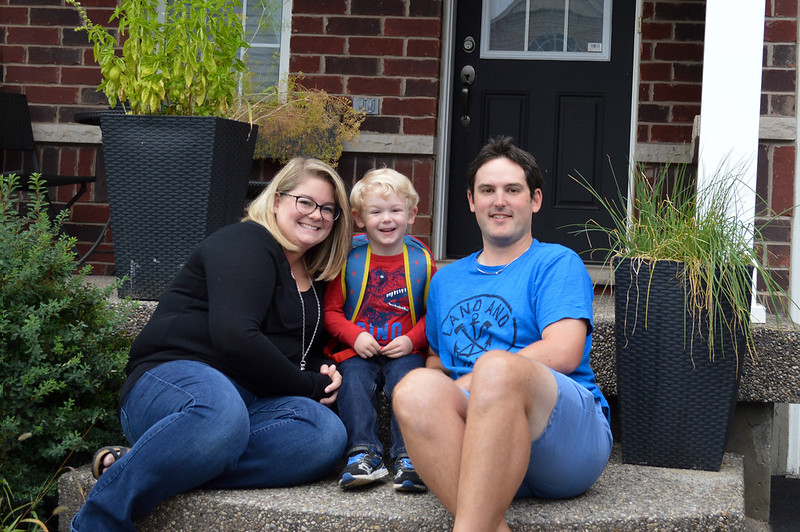