As with many of the recent posts, the moto is better late than never! And just like the other Christmas posts, there was a lot going on again this year, especially now that Nate is in school.

This year’s Christmas started like most with a bunch of baking that Nate was more than happy to help with and even suggest things to make. For example, Gingerbread. Which later turned into a full gingerbread house making (this may be a tradition now).

Impromptu #gingerbreadmen and #gingerbreaddinos ! Someone decided to turn on the mixer when my back was turned… 😂❤ #lovehim

Our family photos this year coincided with the Christmas season and we opted for the matching family PJ pics. As I’m sure anyone who has tried to take their own photos can attest to, it wasn’t the easiest or the most stress-free. Especially when trying to get both a child and a dog looking at the camera. 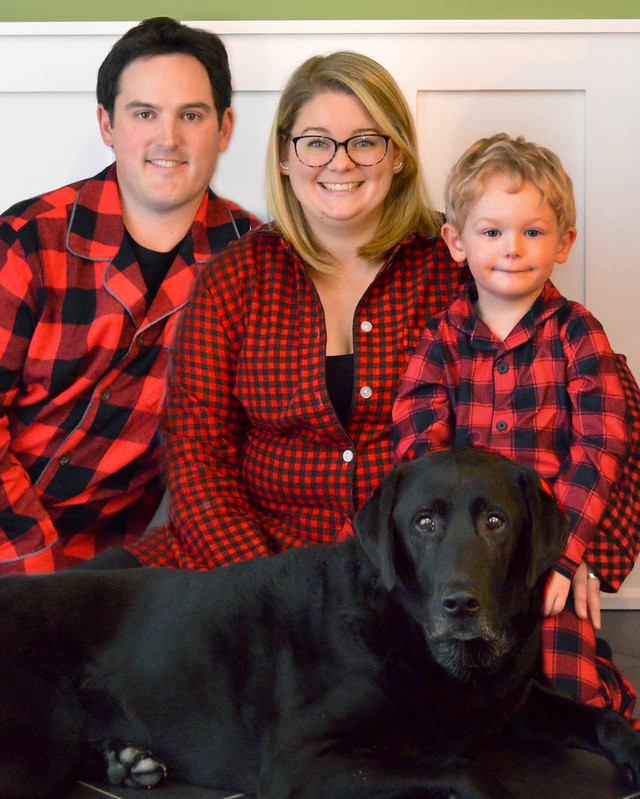 Nate’s Christmas concert was a much larger production than in past years. If not for the sheer number of kids and parents, but this year Nate actually sang and took part! For weeks before the show, he was practicing his songs and the little dances that go along with it.

Meg and I both took the afternoon off so we could attend and see our grown-up boy up on stage with the rest of his kindergarten friends.

The day got off to a little bit of a strange start after Meg received a call from school. Turned out that during the rehearsal one of the kids in Nate’s class and thrown up a little bit… onto Nate. Thankfully just onto his shirt and his pants so he was able to change, but he wasn’t in his holiday colours anymore.

He was looking a little sad while he looked around the gym to find us, but quickly turned his frown upside down when he did. 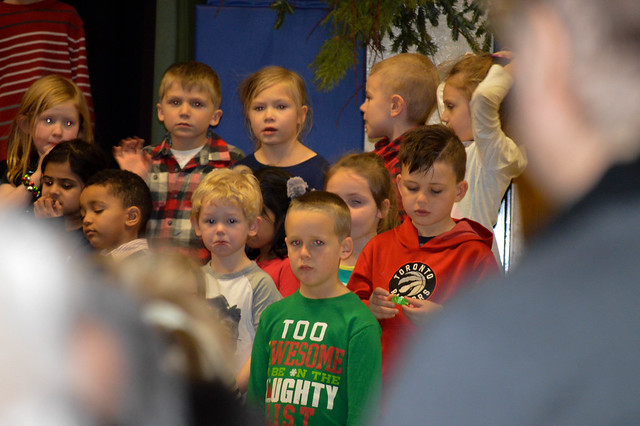 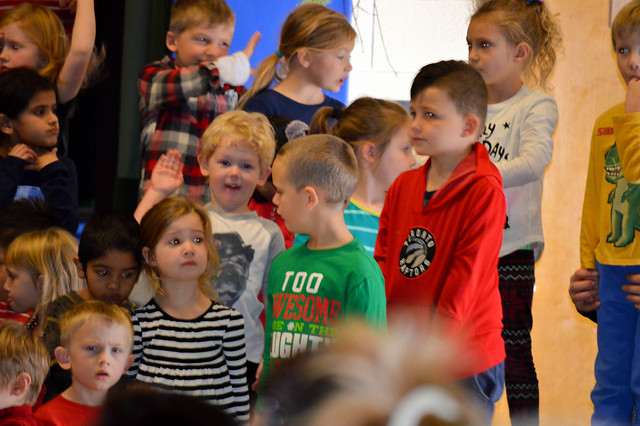 The show was great and Nate did great. We certainly look forward to next years show but we’ll ignore the door times and go early to get a better seat like the rest of the parents.

After the concert, since we were off work we took Nate to go see Santa. This year there we no lines and zero hesitation from Nate. He was so excited to tell Santa what he wanted for Christmas! 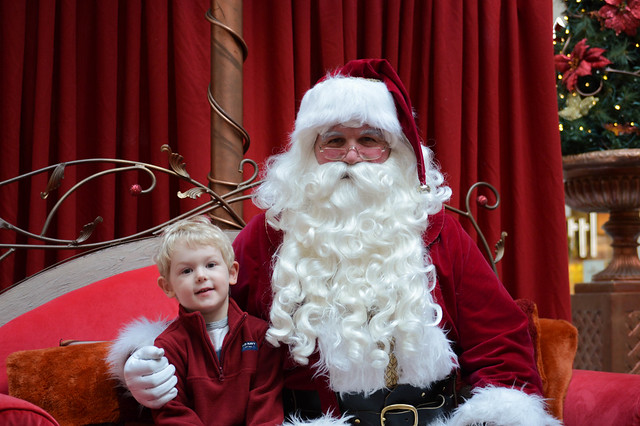 As in tradition Christmas Eve take us all to Meg’s mom’s where he got to spend some time with his cousin. I think these two are going to get into a lot of trouble when she gets a little older.

We even had a quick visit from the big man himself. Nate and J, were up looking out the window to see if they could see his sleigh but he must have come from a different direction and snuck in the house before anyone could see to drop off a little tent. (Skip to 6min – apparently, singing makes Santa show up!) 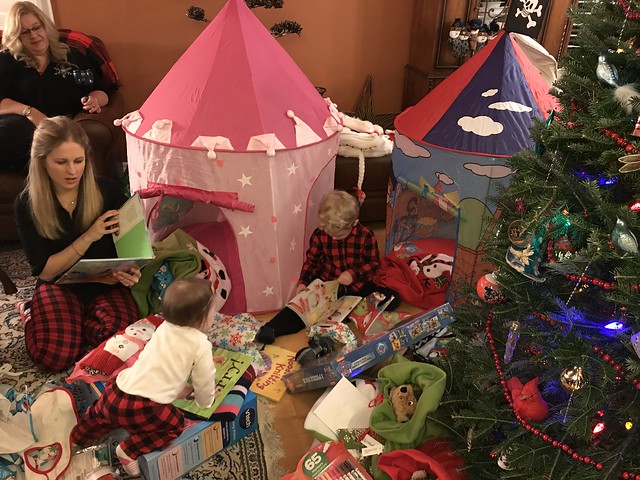 After all the presents were open and our tummies were full we searched the Christmas tree for the little pickle in hopes for an extra present. After Nate got a big clue, he and I were victorious in finding it! Our prize? The pie in the face game. Nate thought it was a great game until he actually got the pie in the face too, then he was all done. 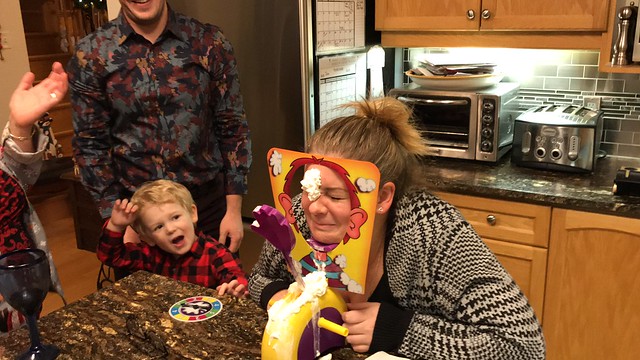 On Christmas morning, Nate was still kind enough to stay in bed until after 7. He’s such a considerate kid. Once he heard me go downstairs he came out and downstairs where he immediately saw his present from Santa. New Pokemon characters. Oh, by the way. Did we forget to mention he’s now not only obsessed with dinosaurs but also Pokemon and Power Rangers!

Our little man had a few great lines this year. His honesty is refreshing. When opening one of the gifts that we had put into a cardboard box. He said “A boring box” when he removed the wrapping paper. Upon removing the wrapping on another gift he said “You got me diapers?!?!”, after we put another gift into an old diaper box. I think we can do more with this trick in the future!

Christmas night brought us back to my mothers for another great dinner and few other presents, like a great new Paw Patrol game for his LeapPad, and a Charizard lego set. This was actually a year of Lego, and he’s been working on his creativity and building all sorts of characters (usually dinosaurs…).

With another Christmas in the books and the page turned on 2017, we are looking forward to everything 2018 has in store like Nate’s first plane ride, turning 5 and our 10th wedding anniversary.