In an effort to find an outlet for all of Nate’s energy (and to take advantage of the little tax savings) we signed him up for Gymnastics at the Breslau Community Centre.

The week before Meg and I took off for Vegas was his first class. Meg had some other plans so it was just me and him for the first week. We arrived a few minutes early and watch as the class before finish up, and things seemed to be going well. And then the other kids arrived and Nate went into full “only-child” mode… He didn’t want to wait his turn and went for a full tantrum. He didn’t stop crying and whining for a few 20 minutes and even when it was his turn he didn’t want to go. So we went and sat at the side for a little while to see if he would calm down but he wasn’t up for that, and ended up leaving about 20 minutes early. Not my idea of a successful day at the gym.

We were in Vegas for the second week so we didn’t have a chance to try again until today. Nate got a good nights sleep and had a good breakfast so I was hopeful that he wouldn’t be as grumpy, and both of us would be there to tag team him.

At first he wanted to do his own thing but Meg was able to reign him in and get him back with the group. Once he started he didn’t want to stop. Today was a much better success! But as you can see there isn’t a whole lot of coordination yet. It’s more of jumping and crawling around than anything else, but the goal of it being an energy release is working. 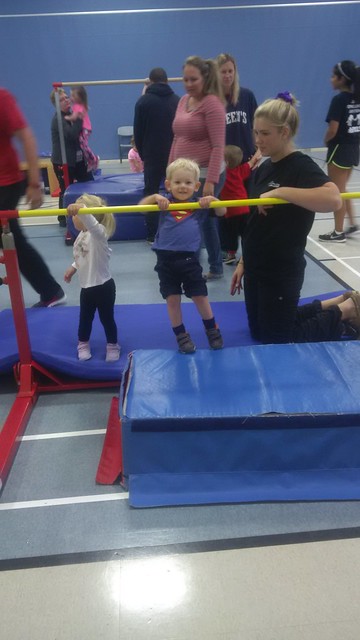 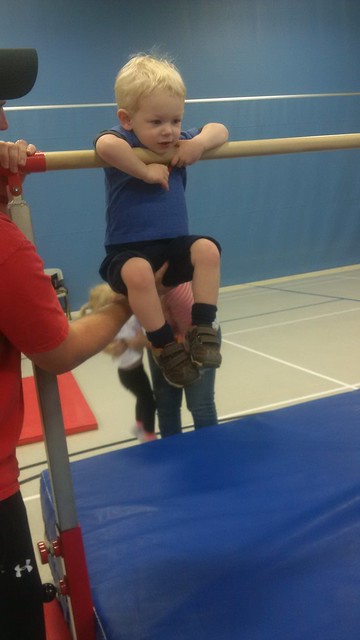 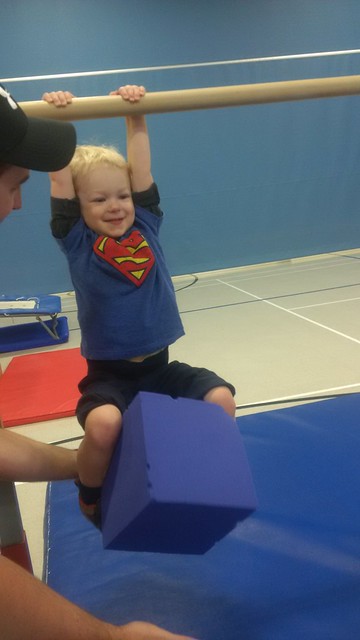