After our first couple days in Vegas we had to find something to continue the momentum.

Friday was our first tour and we headed to the Hoover Dam (aka Boulder Dam). After the shuttle picked us up from the Rio and worked its way through the strip to pick up the rest of the people on the tour. We headed down the highway 45 minutes to Boulder City, Nv. Interesting facts about Boulder, it’s one of the few cities in NV where gambling is illegal, but there are casinos right on the city lines. And there is a bylaw against tall signs. Here in Boulder you will see one of the shortest McDonald’s signs in the world. 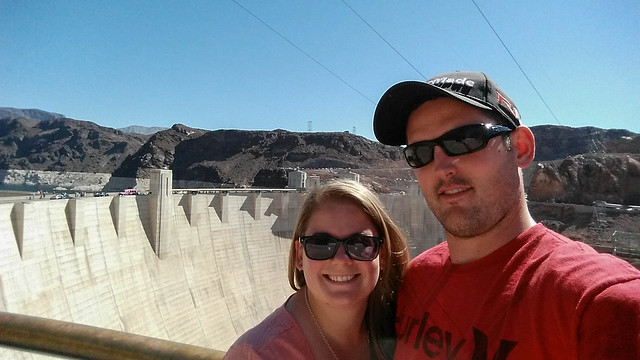 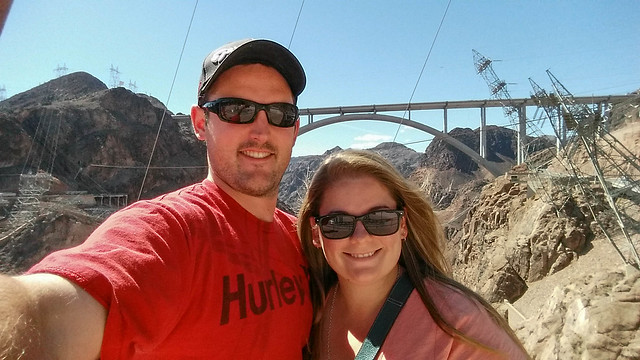 After we finished touring around the dam and walking across the Dam to Arizona, we headed back to the bus for our return back to Vegas. On the way back we stopped just down the road to go up onto the Mike O’Callaghan–Pat Tillman Memorial Bridge, which was completed 2010. It offered a great view of the Hoover Dam. 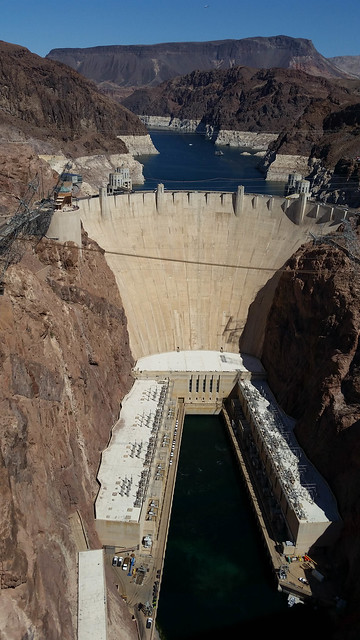 Once we got back to the hotel we had a much-needed video chat with Nate and my Mom. He didn’t like it too much since we weren’t actually with him, so that was the last call we had. Once we said goodbye to Nate, we headed down the hotel pool too cool off where we were surprised by the warm water temperature. However, it felt nice when you came out of the water.

After a quick dinner at the Italian restaurant in the Rio, we turned in early for a change and Meg fell asleep at 9:30 on a Friday night in Vegas while we watched the Big Brother 17 finally…

It was a good thing we got a good nights rest, as Saturday turned into a real long but fun day. The plan included a Segway tour of old Las Vegas and Fremont St., but before our busy day we needed to eat a big meal. However, we didn’t expect two orders of pancakes to be this big…. this was start of a day where we said “this place is different” 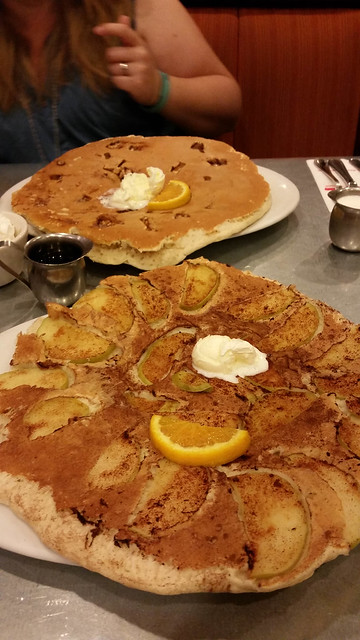 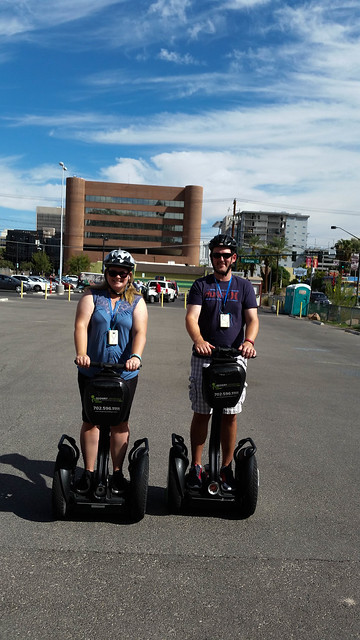 So again we caught the shuttle that was provided by Segway Las Vegas, and it turned out we were the only ones. Private tour baby!  The tour started with a quick lesson is a parking lot right across the road from the Gold and Silver pawn shop (aka the location of Pawn Stars show). Our tour guide “Segway” Steve, was very knowledgeable and his radio voice was easy to listen to. On the tour he took us all over, but specifically he introduced us to Fremont St. and even before noon the place is teaming with strangeness. He warned us before we got around the corner that there are some things you just can’t un-see. He was right, this place is definitely different…

After the tour we got dropped off at the Golden Nugget to wander around a little more before we headed for the Mob Museum. I have long been interested in the history of the Mob and have enjoyed every tour I have been on, and this one was no different. It was very interesting, however it could have used a little more Las Vegas mob history. 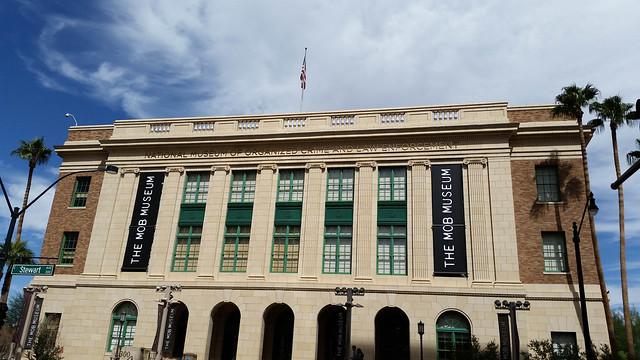 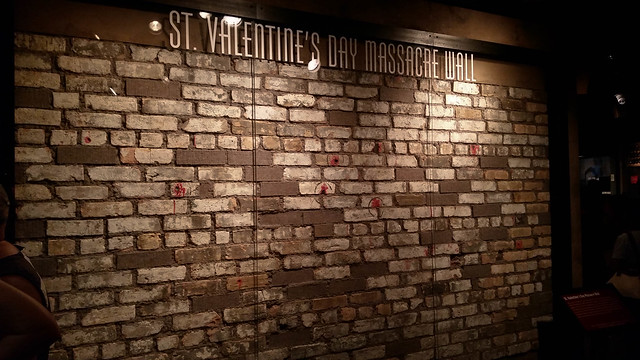 When we finished with the museum we were starving, so we went to a place across the road that happened to be having their happy hour with 2-for-1 draught beers. Sign us up!

We then headed back down Fremont St. to the Golden Nugget to see if their casino was any more willing to pay us a little bit. Meg again had some trouble at the slots (I just don’t get the appeal of those things) and I went for the craps table again. It must have been my day on Saturday as I got on a little hot streak while I was shooting. I must have rolled for close to 20 minutes without rolling the dreaded 7. I had made a lot of people at the table a lot of money and myself a little. One player even tipped me $50 for my efforts. After Meg finished up at the slots she came back and became my banker. Each time I doubled my money I handed her a stack for her to keep out of my reach. By the time I left the table I had turned $60 into $250. So that left Meg down another $20, and me up about $80 total. So about even as a family.

It was time for dinner so we headed back to the same bar that had happy hour until 7pm. I think we thought we would grab a couple of beers and some food and then head out to see Fremont St. at night when it lights up. However, we ended up staying for a few hours chatting with a lady from Montana and her trucker friend that had driven in to meet her. These two were a riot, so we ended up leaving with them and going to the Fremont St. Experience with them to catch some of the live music. It really was a great night, and probably way we stayed out well past our expiration considering we needed to get up at 5am the next morning to go to the Grand Canyon.

Oh and if we thought Fremont St. was strange during the day, the strange meter shot through the roof after dark. But it was an awesome experience and a great day. Anyone visiting Vegas needs to get out here to see it. Seeing is believing. 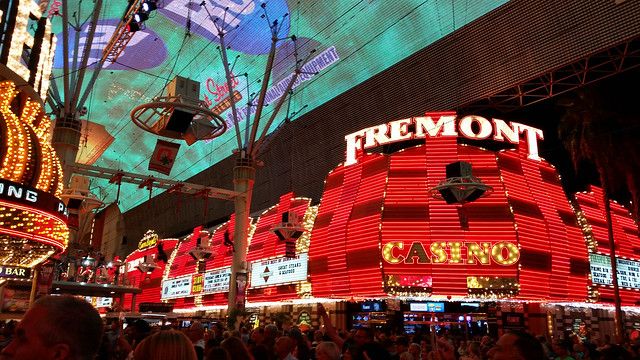 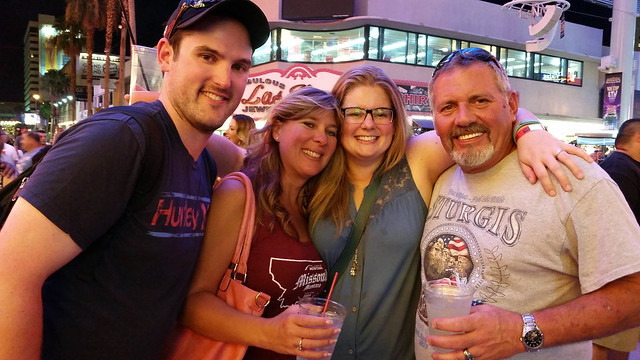