This weekend we made the long overdue drive to the Ottawa area to see Meg’s Dad and Kathryn. We left Friday afternoon right from daycare, hoping we could utilize Nate’s nap schedule to our advantage. Unfortunately we only made it as far as Milton before we hit traffic and Nate woke up. Waking up would have been okay but for some reason he freaked out for about 15 minutes and forced us to find the next exit to tend to him. After 10 minutes we were back on the road and made it to the service station in Port Hope for dinner. From there, we headed out for the last leg of our trip and made it to Metcalfe just after 10pm.

The next morning after breakfast we headed out to the Metcalfe farmers market, and Nate made friends with a little girl. Although he may have been a little forward and went straight for the hug without even asking her name first.

Next we headed for Little Ray’s reptile zoo which Nate had visited before when they came to Kitchener. It just so happened that they have a permanent location between Metcalfe and downtown Ottawa. Unlike last time, he wasn’t so brave and didn’t want to touch the animals with the exception of a turtle. Also, like the last time, we had a chance to see a feeding demo of a few animals. First there was a toad called “Winky” (he only had one eye), then a savannah monitor, but the star of the show was a reticulated python. We learned about what they eat then got to see how it eats. Truly eye-opening! 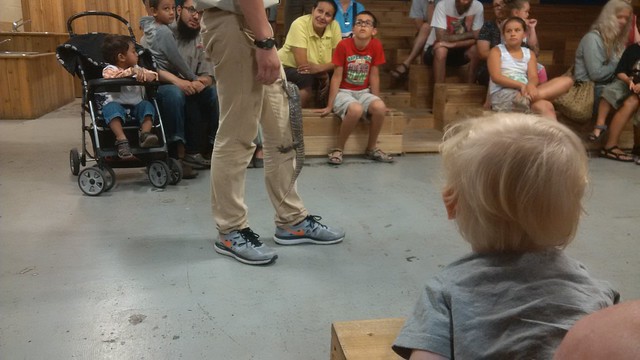 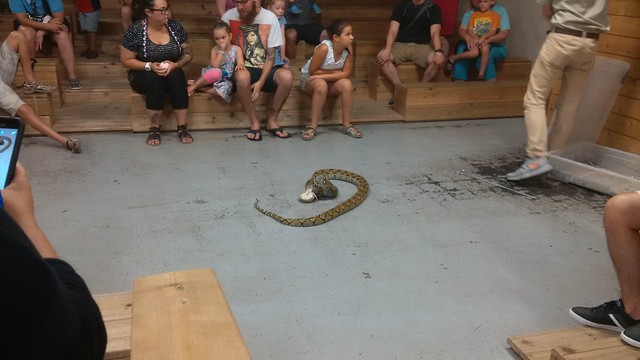 We headed back for some lunch once Nate started to get a little punchy, and finished with a little ice cream with Grampa! 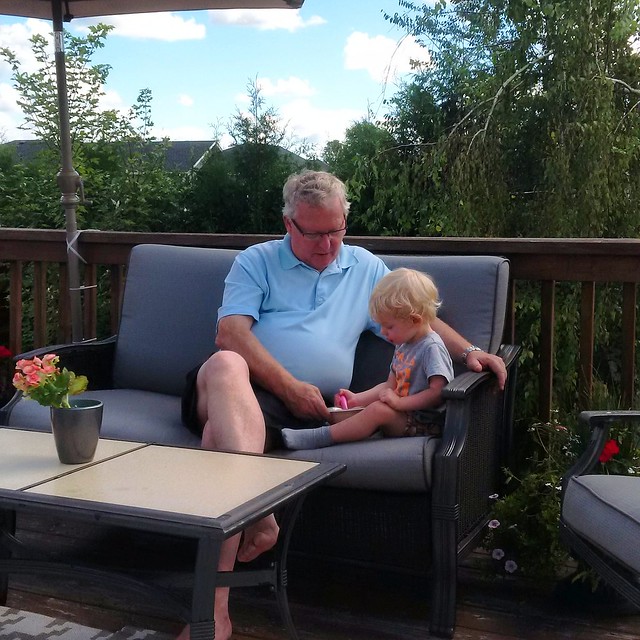 Later that day Kathryn’s daughter came with Nate’s cousins M and K. We hadn’t seen M in a while, but it was Nate and our first time meeting K. K is about 9 months older than Nate and both seemed to have boundless energy, so they kept each other busy. While M kept Meg busy with her drawings and story telling about “Cat Town”. 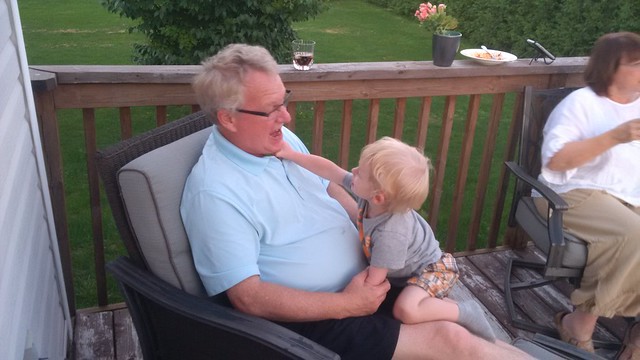 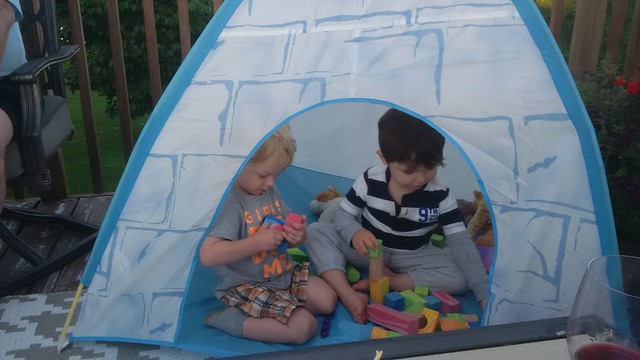 The next day after breakfast Meg and I headed out for a round of golf at Metcalfe Golf Club. Nate stayed back to spend some more time with Nana Kat (a.k.a “Nana meow meow”), Grampa and his cousins. Then after dinner we headed to the park where Nate got a little adventurous and climbed up and down the jungle gym like a champ. 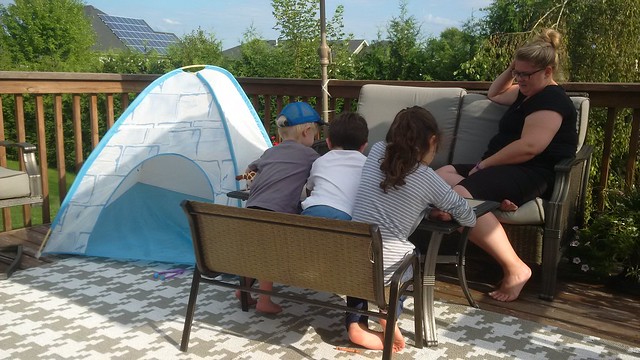 On Monday we headed to Toronto to visit Ripley’s Aquarium. The trip went well and we made it to Trenton around 11 for some brunch. One thing that has become very clear with these stops is that Nate HATES getting changed on the bathroom change tables. It’s like he thinks he is going to fall and puts a death grip on us. After another 2 hours in the car we made it to downtown Toronto. We knew the aquarium was going to be busy but I don’t think we were ready for how busy it actually was. I’m just glad we didn’t go on a weekend. Regardless, we had a great time looking at all the different aquatic animals, but Nate definitely liked some more than others. 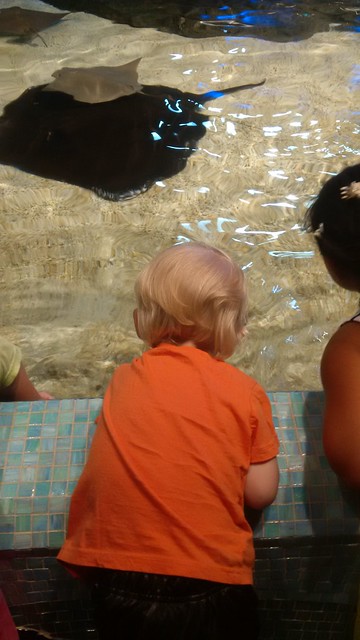 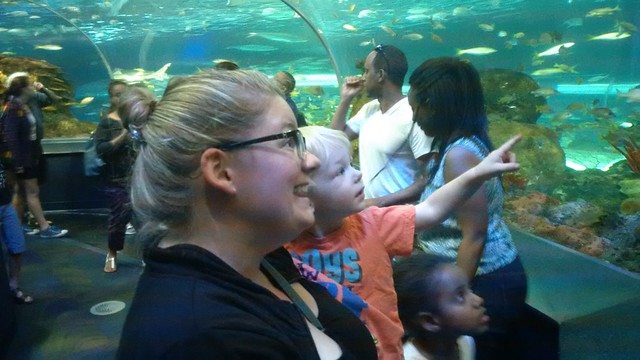 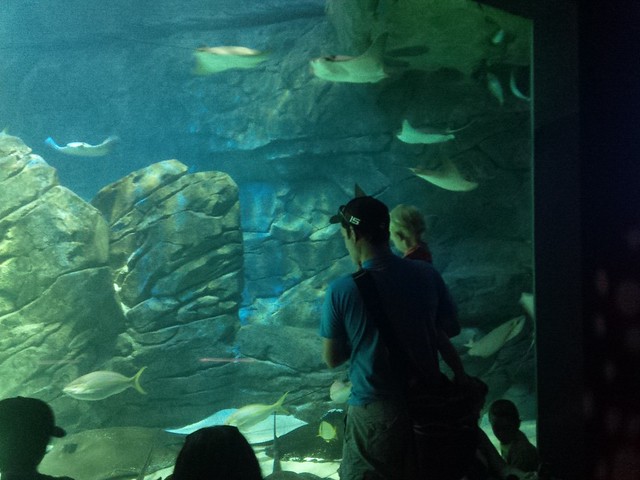 When we finished at the aquarium, Nate wanted us to make a B-Line for the trains at the train museum across the road. I actually don’t think I have seen his face light up so much with excitement. First it was the big trains… we needed to go up onto one. 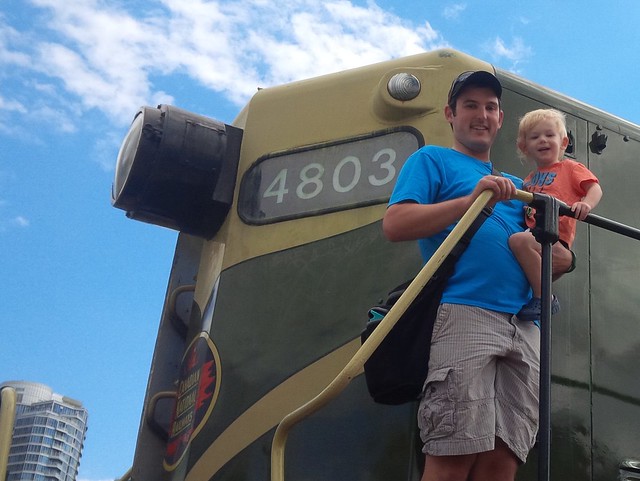 But that excitement paled in comparison to when he saw he little train roll by. We just had to go and ride it! Needless to say he loved every second of it. I was actually surprised he didn’t ask for more after. 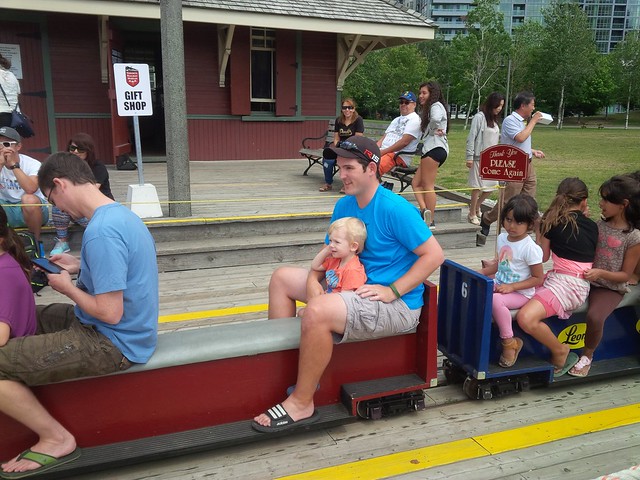 After the train ride it was time to head home and he pretty much slept the entire drive home. It was a great trip and hopefully we get to make it again soon.