Snakes and other reptiles

Last Family Day we spent the day painting with Nate. We thought about doing that again this year, but he really doesn’t like to get his hands dirty (strange boy…). Instead we saw that Little Ray’s Reptile show was at Bingeman’s.

On Monday Nate and I made the short trip down the road, and braved the cold walk into the show. I wasn’t sure how he would react to the animals, so it was either going to be a great time or a waste of $10.

He was a little hesitant at first, but then we came up to a spot where he could pet a ferret. I’m sure he thought it was a cat so he reached out and gently pet it without hesitation. Next we headed for some lizards. A leopard gecko was out but he was more interested in looking than touching.

A little further down there were turtles in the water and he was completely taken by them. He must have stood there pointing for a good 5 minutes. 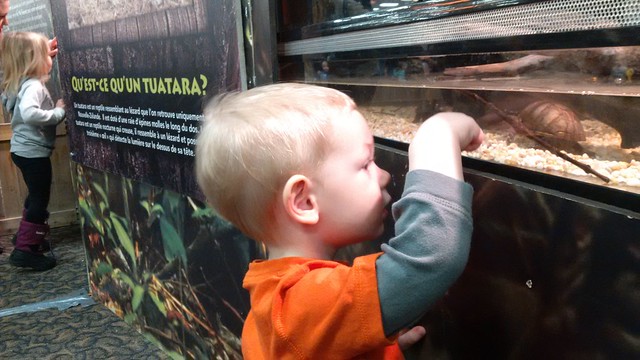 Then we reached a large exhibit with two large boa constrictors, one of them was an albino. When the other one (not shown) came out of its pen, Nate actually got to touch it. Again, without hesitation, he reached out and pet it just like it was Guinness. 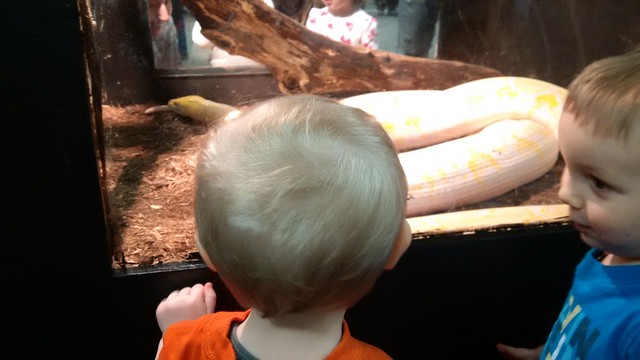 After we wandered a little more we came up to a baby caiman (like an alligator), and again he had no issue touching it. Perhaps he was getting more comfortable, or maybe he understood that it’s jaws were taped shut.

We finally came up to a large cage with a very sleepy cougar cub. Nate looked really comfortable just resting on the outer fence surrounding the pen. He likely could have stayed there for hours admiring the big cat. 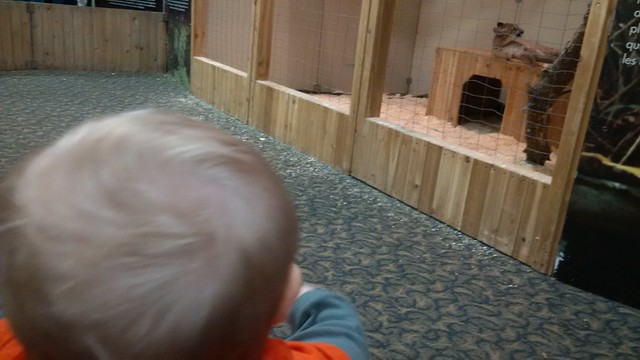 I think we might need to make a visit to the zoo this summer when he’s two. I know he would love it! We just might not get him to come home again.