Yesterday was a great day. Our immediate family grew as we officially welcomed Uncle John, since he actually agreed to marry into this crazy family.

Meg and I are so happy for the two of them and can’t wait for what the future holds for them (babies, babies and more babies apparently). 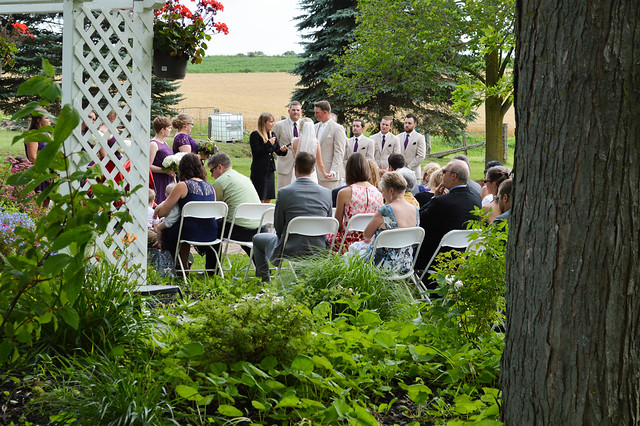 At the ceremony, Nate began to walk down the aisle as the ring bearer, but he approached the alter, noticed the crowd of people and booked it back. So, I had to join him and walk him the rest of the way with John’s bear that he used while he was the ring bearer at his Aunt’s wedding in the early 90’s. During the remainder of the ceremony Nate didn’t want to sit still. Anyone who knows him wouldn’t be surprised by this. However, I’m told it was a beautiful ceremony, with both Mel and John sharing their own vows. 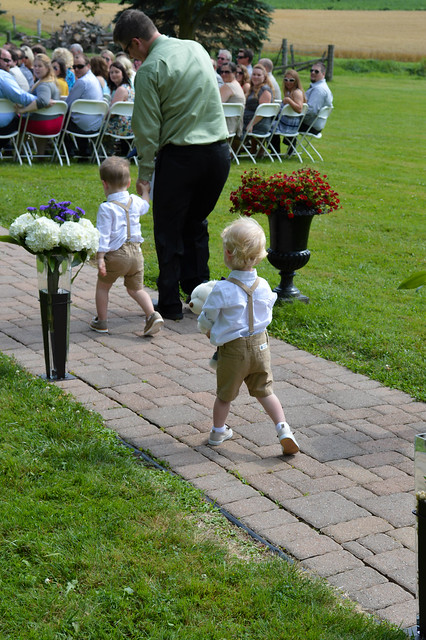 During the post-ceremony photos Nate once again wouldn’t stay still! There was one photo with all the kids with the newly weds, and Nate may only be in the photo because he ran through the shot. I really hope the photographers send some outtakes! 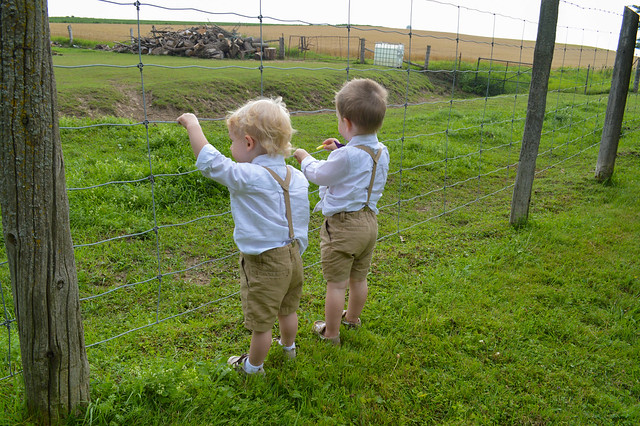 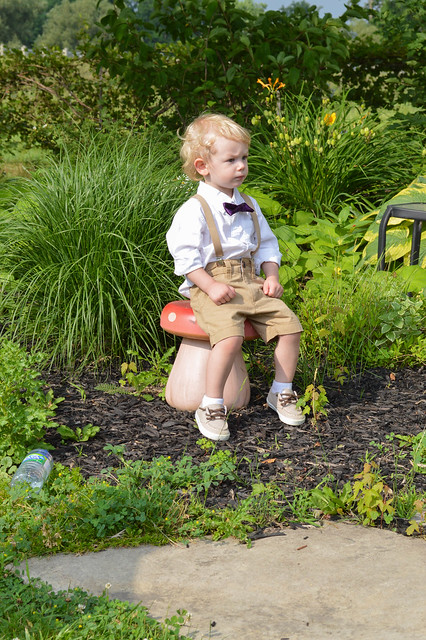 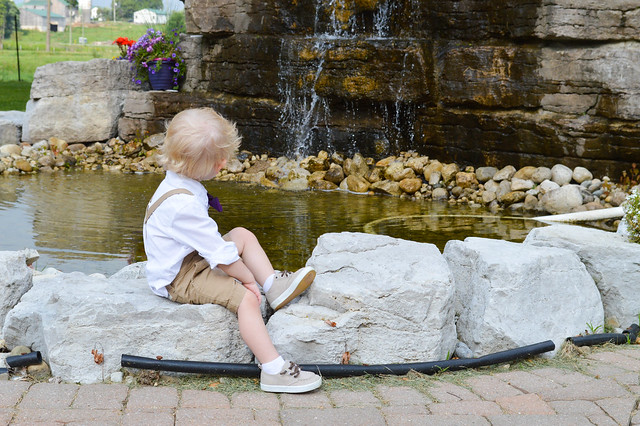 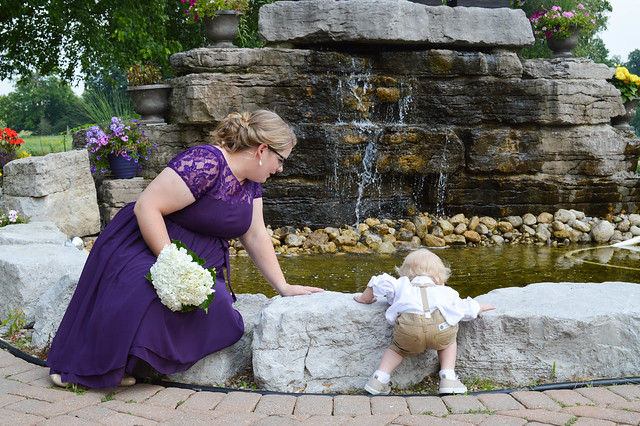 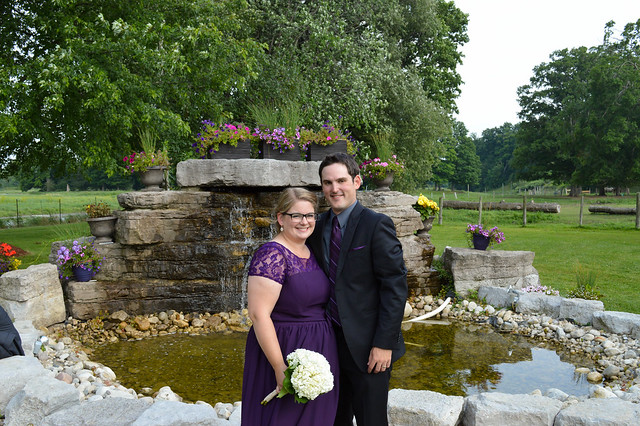 Nate got through one speech before dinner but then needed to go and run around to let out some energy so we missed a few others. We ventured many times to the large back cocktail room where he would run around in circles. In total he must have run around there for at least an hour. I honestly don’t know where he found the energy…

When dinner started our salads came out and then they brought Nate a big plate of fries and chicken fingers. He wasn’t too keen on the chicken fingers, but sure loved the fries – which in stark contrast to his cousin Ella’s plate, who at all the chicken but none of the fries.

By the time our main course came out Nate was done, so I needed a way to keep him busy so I could enjoy the amazing country style meal that had been prepared for us. Netflix to the rescue! 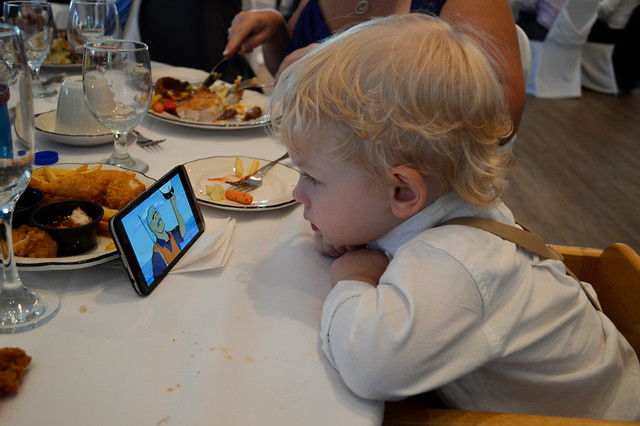 During dinner it was time for Meghan’s speech. I’m pretty sure she hoped it was going to be a little later so she could have had a little more liquid courage in her, but I knew she was going to knock it out of the park. We had talked for a while about what she could do. I said start with a joke about how Mel started crying immediately during her MOH speech at our wedding, but then go into story telling mode. She then took that in a whole other direction. See for yourself, she did an amazing job!

For those who don’t understand the reference and the importance of this song. It comes from the 1954 movie White Christmas. One of the Brown family traditions was to watch this movie EVERY Christmas. Both John and I have been tortured with it for many years, but both Meg and Mel just love it. They would both belt out this tune in unison each time they watch it. In fact if you had looked over at Doug (Meg and Mel’s loving father) you would have seen a growing puddle surrounding him during Meghan’s rendition.

The great night continued and then a special music request was made by the bride and groom just for the little ones. A while back Nate started dancing to Taylor Swift’s Shake It Off, so they wanted to make sure to have a little dance session before he left for the night.

It truly was a fantastic night for a fantastic couple and I know there are so many great memories from this day that Meg and I will love to share with Nate when he is older.