I know every year will be the best one ever, but Nate was full-on the Christmas-train and enjoyed every minute of it.

It started a little differently this year. Since he is no longer napping (I miss those days) we finally made it out to the D2L family Christmas party where he visited with Santa, decorated a gingerbread man and got to go skating for the first time! 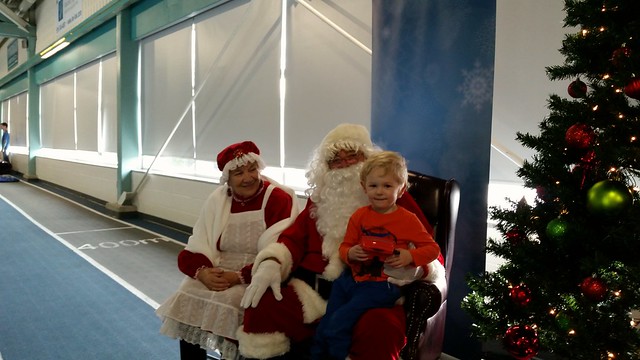 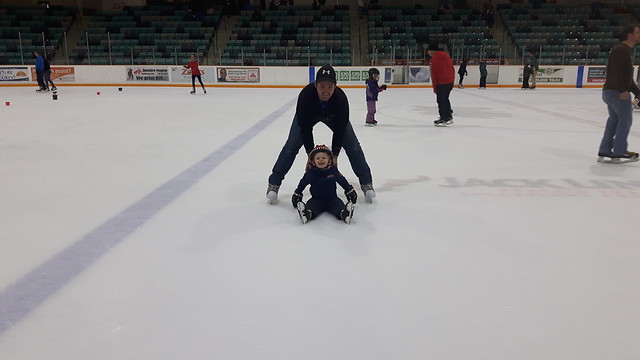 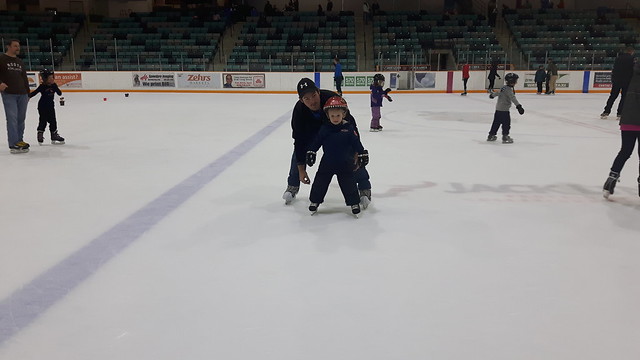 The next weekend we went over to the Breslau Community Centre for another little Christmas celebration. We decorated cookies again, went on a horse-drawn carriage ride through the town, and even went out to pet them later.

With Christmas on a Sunday this year, Nate was in daycare right up until December 23, which is when they had this year’s Christmas concert. Calling it a concert might be slightly misleading… in past years there was always an older girl that would help keep all the little boys in line. This year Nate was the oldest. They “performed” Frosty the Snowman, and Nate basically hid his head inside of his hat. It was still a lot of fun to watch.

The Christmas pageant this year was missing their lynchpin performer (@hunybees_mfreij ), which left the lead role to my little gopher… #christmas #frosty #dontlookatme #lovehim #daycarefriends

We were surprised when he was the brave little kid that wanted all of Santa’s attention. It’s like we don’t even know who he is anymore. 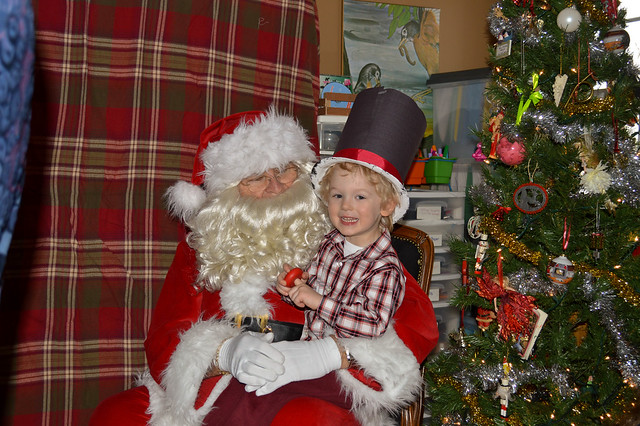 The very next day was Christmas Eve and Nate was finally going to meet his newest little cousin Julia. 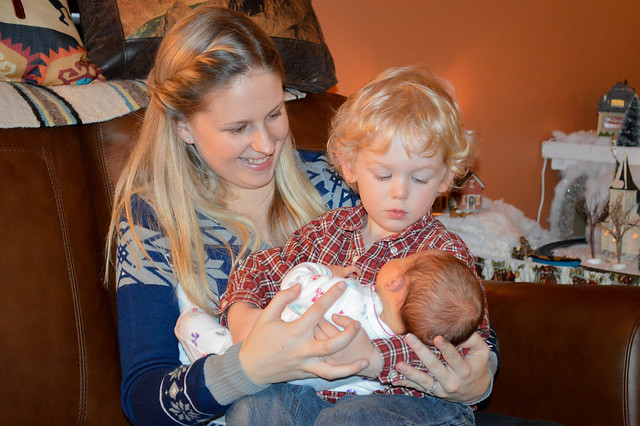 As you can see, he loves her so much already!

Of course, he was spoiled with a giant box of presents. 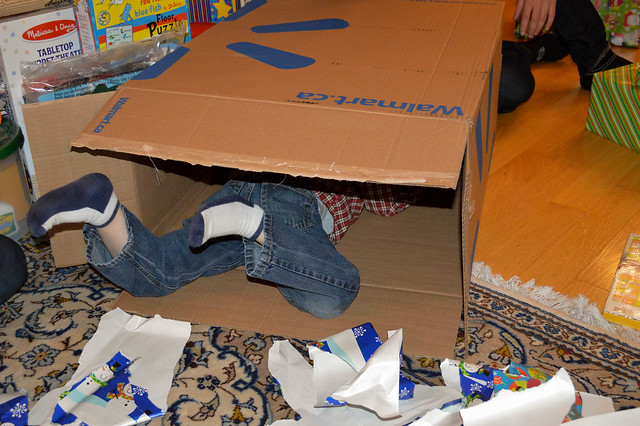 Finally, it was Christmas morning and to our surprise, we had to wake him up again around 8:20. Maybe next year will start the early 6 am wake up calls.

We may have gone a little overboard this year with his gifts. In past years it was 1 or two, but it’s just so much more fun now that he likes to open up presents. 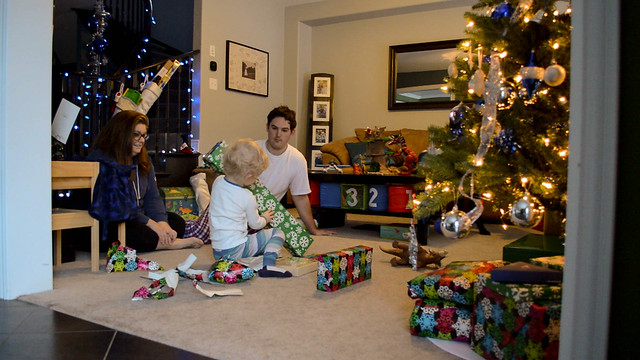 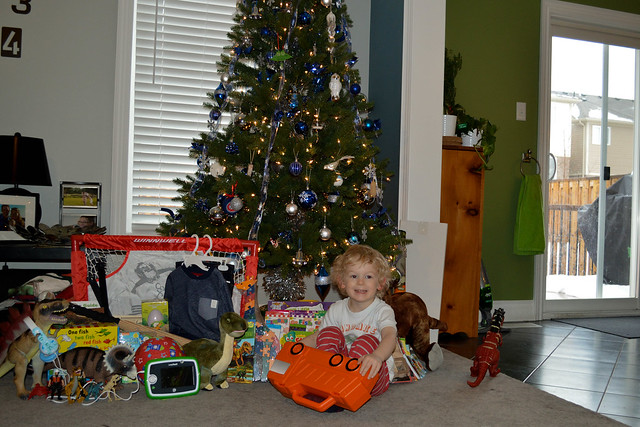 His favourite has to be his “computer”. 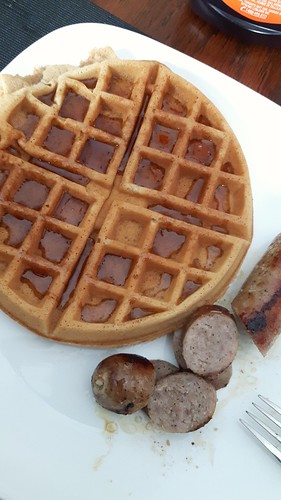 We finished off our Christmas morning with some traditional breakfast sausage and yummy waffles made with Meg’s new waffle iron.

That afternoon we took the festivities to my Mom’s where we enjoyed another great turkey dinner, but this year Nate was into the broccoli as much as last year.

Can’t wait for next Christmas!