A bit of a serious guy in this months’ photo, but I assure you he’s a bundle of smiles normally!! We had some fun with this months’ photo since Nate has learned to clap, and claps all the time at everything and hard to capture an image without flailing hands! 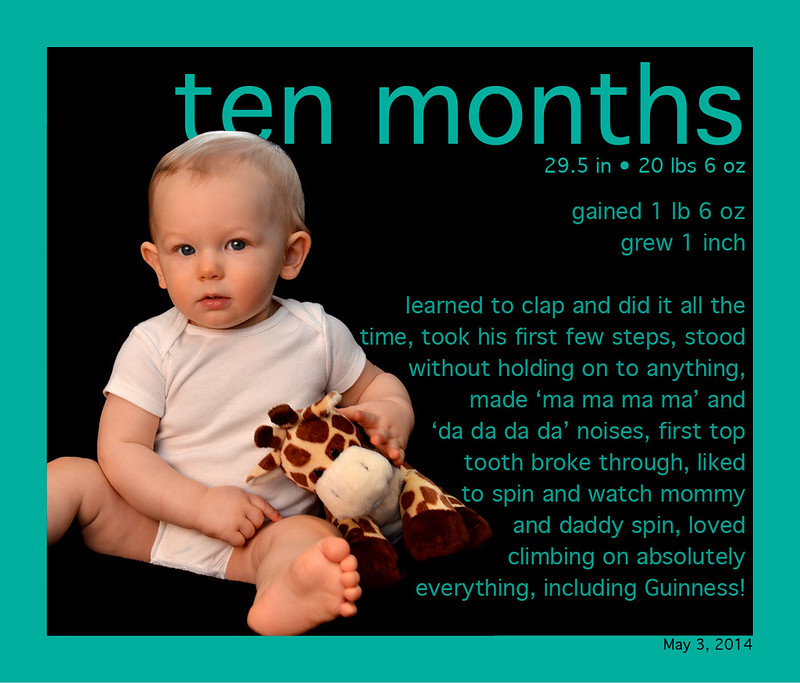 He’s been making lots of new noises, a weird ‘devil baby‘ noise that is funny, unless it’s coming over the monitor, then it’s very creepy… he also makes an awesome pre-laughter noise that Erik compares to the Predator. Lots of new noises, makes his ‘da da da da’ and ‘ma ma ma ma’ noises lots but hasn’t assigned them to either of us yet.