Half a year already!

Six months old today… You know when they’re only a month old and everyone tells you “enjoy it because it goes by so quickly,” and all you want to do is hit them because you’re not sleeping and all the baby does is eat and poop and cry – well, I hate to admit it, but it goes by oh-so-quickly! Don’t get me wrong, I don’t miss the first 6-8 weeks, but pretty well everything after that seems like it has gone by in a flash.

Our baby Nate is strong on two legs (although he loves to bounce, so you can’t leave him unattended at a table edge), laughs like crazy for us and if he keeps progressing like he has been, will likely be motoring around in a full crawl before we know it. He can get up on his hands and knees, and has figured out his only way to move forward is to bear crawl (hands and toes) and throw himself inch by inch. He moves backwards like a champ though. He’s getting better at sitting up (if you position him) and has learned to gracefully maneuver into a crawl position instead of just tipping over.

Happy New Year everyone! Here’s hoping 2014 treats us all well! 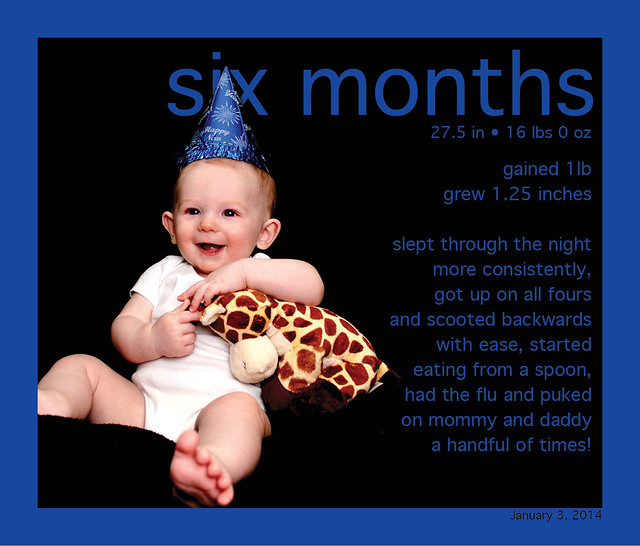