For the past few months, we’ve been using small pokemon builds as a reward for having accident free weeks at school. We made it through a solid 8 weeks of no accidents, but also 5 pokemon – all containing strategically placed pamphlets of more toys. Which meant Nate’s mind was already set on getting more of those pokemon sets.

He woke up Friday morning with his heart set on getting Blastoise – a large pokemon set – a $30 set. I told him for such a big toy, we’d have to make it 2 full weeks of no accidents. Nate was not impressed. I said he had to earn such a large reward – to which he replied, “I have enough money to get it myself”. So I said that we could look through his piggy bank to see how much he had. Much to my dismay, after dumping out his firetruck, he found more than he needed.

We put $30 in a ziplock bag with the promise of a Toys’R Us visit after school.

We arrived at Toys’R Us, and with seemingly psychic powers, Nate lead me directly to the Pokemon display in the store (we have literally been in twice). Turns out, there were pokemon builds we had never seen before, and began the discussion of what we could afford with the ziplock bag. We could get one large Blastoise, or 3 small separate pokemon builds, OR we could get a 5-pack plus one small pokemon.

In a proud bargain-mommy-moment, Nate chose the 5-pack plus one small build.

We made our way to the check out where the cashier, with patience far greater than my own, helped Nate count out his money (luckily it was mainly loonies and twoonies), and finished the purchase.

Now to build back up those savings! 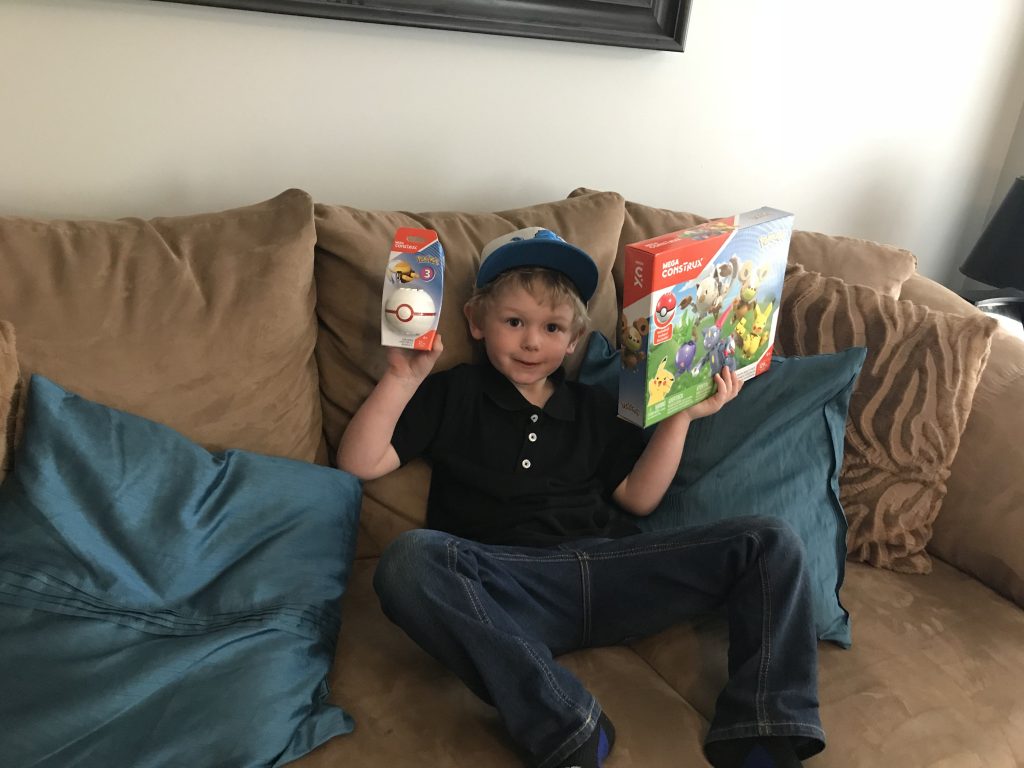