1 year by the numbers

At one month we did a similar post, and liked the idea of doing it at 1 year. It doesn’t seem that long ago but a lot of time has passed but Nathan has continued to rack up more and more dirty diapers and food costs.

Before we get to that, we ‘ll share a little info graphic about Nate’s development during his first year. 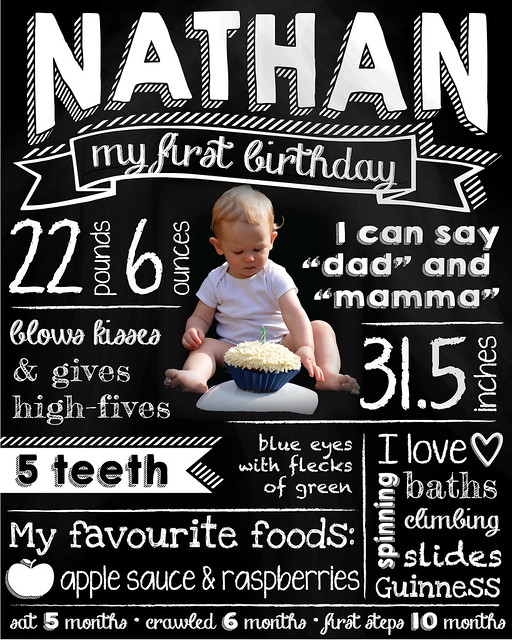 Now we didn’t keep track of dirty diapers or formula to the level of detail that we did during the first month, but thanks to Mint we know how much it cost. The diaper number doesn’t seem quite right, but Meghan did do quite a good job about buying diapers only when they were on sale. Formula number seems low as well, but we quickly switched to the Costco brand (any doctor in Canada will tell you they all MUST contain the same nutrients, so why pay more!?), and picked up mass amounts when it was on sale as well.

It was quite a year, and we know this guy isn’t slowing down, so we are saving up now because our grocery bills are about to go through the roof!